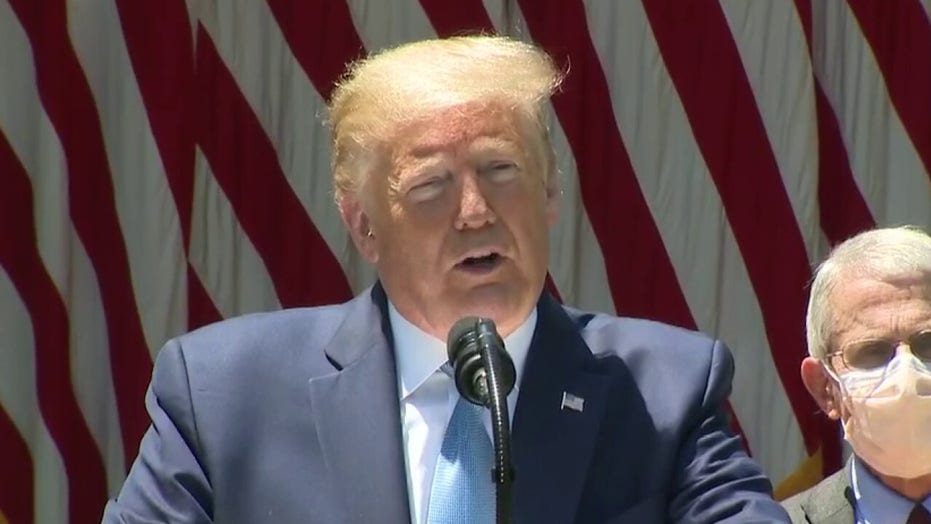 President Trump touts coronavirus vaccine effort as US deaths near 90,000

CNN reporter Kaitlan Collins sparred with President Trump on Sunday for the second time in a week, this time on Twitter, after the president called her a “CNN Faker” over video showing her removing her mask while inside the White House briefing room.

Trump had retweeted his son Eric, who wrote: “Just a reminder that @CNN is a total joke.”

Collins responded: “Nearly 90,000 Americans have been killed by coronavirus, and the president is tweeting about me pulling my mask down for six seconds on Friday.”

The video showed Collins taking off her mask in the briefing room and not following social-distancing guidelines of staying at least six feet away from others.

Trump also got into a dustup with Collins at a Rose Garden news conference last week. She had approached the microphone after he apparently called on her, but he tried to move on to another reporter since Collins "didn't respond."

However, after Collins attempted to "let my colleague finish" and not step away from the microphone, Trump thanked the crowd and quickly walked away from the podium.

The coronavirus has infected over 4.7 million people and killed over 315,000 worldwide, according to a tally by Johns Hopkins University that experts said undercounted the true toll of the pandemic.