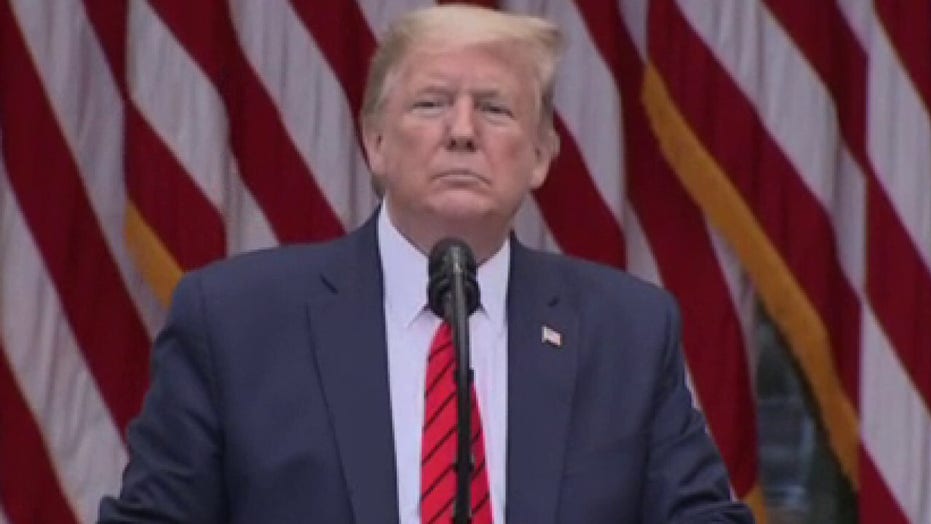 Trump says anyone who wants a coronavirus test can get one; chief White House correspondent John Roberts reports.

In what ended up being the final question from the briefing, Jiang grilled Trump about his ongoing tout of coronavirus testing in the U.S. in comparison to other countries around the world.

"You've said many times that the U.S. is doing far better than any other country when it comes to testing. ... Why does that matter? Why is this a global competition to you if everyday Americans are still losing their lives and we're still seeing more cases every day?" Jiang asked.

Trump responded by taking aim at China, a country that some suspect has not been releasing accurate data regarding its own coronavirus cases and deaths.

"Well, they're losing their lives everywhere in the world. And maybe that's a question you should ask China," Trump told Jiang. "Don't ask me, ask China, okay? When you ask them, you may get a very unusual answer."

President Donald Trump speaks about the coronavirus during a press briefing in the Rose Garden of the White House, Monday, May 11, 2020, in Washington. (AP Photo/Alex Brandon)

As the president attempted to move on to the next reporter, Jiang, who is Asian-American, pressed him on whether he was "saying that to me specifically," suggesting his comment was racially motivated.

"I'm telling you -- I'm not saying that specifically to anybody, I'm saying it to anybody who would ask a nasty question like that," Trump responded.

Trump then got into a dustup with CNN's Collins, who approached the microphone after he apparently had called on her, but he attempted to move on to another reporter since Collins "didn't respond."

However, after Collins attempted to "let my colleague finish" and not step away from the microphone, Trump thanked the crowd and quickly walked away from the podium.