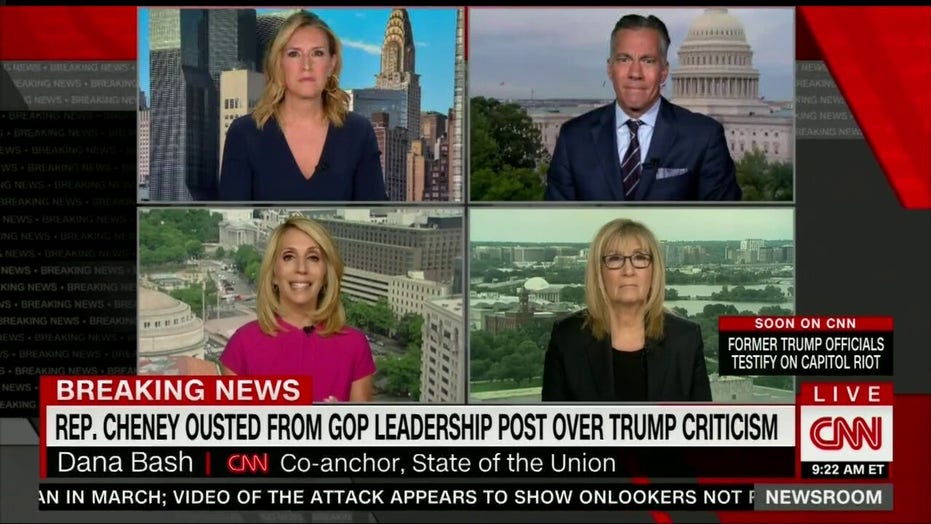 CNN's Dana Bash admits to getting 'dramatic' after Rep. Cheney is voted out of No. 3 leadership spot.

CNN is under fire for having hired a writer who posted several times on social media that he believes the world needs another "Hitler."

Social media users demanded that the network respond after discovering the tweets from one of its freelance contributors, Adeel Raja, who has written dozens of pieces for the outlet.

After some digging, it turned out to be one of several messages Raja has posted praising the Nazi leader.

"The only reason I am supporting Germany in the finals - Hitler was a German and he did good with those Jews!" Raja wrote during the 2014 FIFA World Cup. Raja last had a CNN byline on Sept. 16, 2020. He still lists his affiliation with the network on LinkedIn.

CNN spokesman Matt Dornic told the Washington Examiner that he "never heard" of Raja and that he's "looking into it."

"Adeel Raja has never been a CNN employee. As a freelancer, his reporting contributed to some newsgathering efforts from Islamabad. However, in light of these abhorrent statements, he will not be working with CNN again in any capacity."

The unearthing of Raja's controversial comments come amid the escalating violence between Israel and the militant group Hamas in the Middle East, which is at its most violent since the 2014 Gaza War, according to reports.

AP TORCHED FOR CLAIMING THEY WERE UNAWARE OF HAMAS INTEL OPERATION IN THEIR BUILDING: ‘DIFFICULT TO BELIEVE’

Palestinian militants have fired hundreds of rockets into Israel, the majority of which have been intercepted by Israel’s "Iron Dome" missile defense system. Israel has also responded with a series of airstrikes, which have taken out some of Hamas' senior leaders.

"In response to HUNDREDS of rockets in the last 24 hours, the IDF has struck a number of significant terror targets and terror operatives across the Gaza Strip, marking our largest strike since 2014," the Israeli Defense Forces wrote on Twitter. "We are currently striking more terror targets in Gaza."

Israeli Prime Minister Benjamin Netanyahu warned Hamas that there will be more retaliation where that came from.

"We'll do whatever it takes to restore order and quiet, and the security of our people and deterrence," Netanyahu said on "Face the Nation" on Sunday. "We're trying to degrade Hamas' terrorist abilities and to degrade their will to do this again."