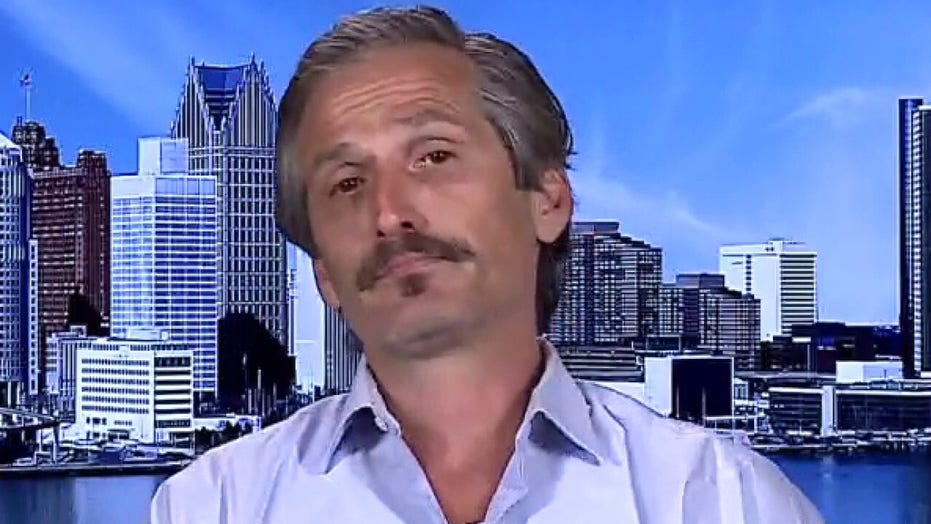 Charlie LeDuff on the cost of police cuts to public safety: We're not a society if we can't keep our kids safe

Pulitzer Prize-winning Michigan journalist Charlie LeDuff told "The Story" Tuesday that Detroit should serve as a warning of what happens when a city chooses to "defund the police."

"When we are talking about defunding police, which we did in Detroit because, remember, our famous bankruptcy [in 2013] that was balanced on the backs of the police officers and the firefighters and the paramedics, and the secretaries," LeDuff told host Martha MacCallum. "We cut their wages and inflation cut more into their wages.

"It is not worth having the job," LeDuff added. "We can't find people to do the job. And I am telling you absolutely black lives matter, but children's lives matter the most to all of us. And if we can't keep them safe, we are not a society."

Last week, LeDuff wrote on the Deadline Detroit website that the number of officers patrolling the Motor City's streets has dropped by 20 percent from 2014 and half of those who remain have been on the job for fewer than five years.

So far this year, LeDuff wrote, "[t]here have been 100 homicides ... a 25 percent spike over last year and there have been 271 non-fatal shootings, representing an increase of 30 percent. Most disturbing, during 80 days of the COVID lockdown, 18 children were shot."

In all, LeDuff, claimed "more than 500 children have been shot or murdered in Detroit [since 2013]. Fewer than 20 percent of those cases have lead to an arrest.

"Now, there are not police in the neighborhoods ... "LeDuff told MacCallum. "This is an impossible situation."

"Can police work better? Absolutely. Should they? Absolutely. Are there great cops? Most of them," he said. "But cutting it by half does not work."