Host of "Making Money" Charles Payne said Wednesday that California's tax plan is "so egregious" people of every socioeconomic background are leaving the state.

California's tax plan is "so egregious" that residents of every socioeconomic background are leaving the state, host of Fox Business Network's Charles Payne said Wednesday.

California Democrats have raised taxes on high-income families again and again. While the left claims the measure doesn't impact taxpayer migration or hurt state tax revenue, a new study conducted at Stanford University finds the opposite.

The report reveals a 2012 income tax increase drove away many high earners. As a result, the state only netted about half the revenue gains it expected. The increase in 2012 jumped from 10.3 percent to 13.3 percent and the measured departure rate for high-income earners rose from 1.5 percent to 2.125 percent. 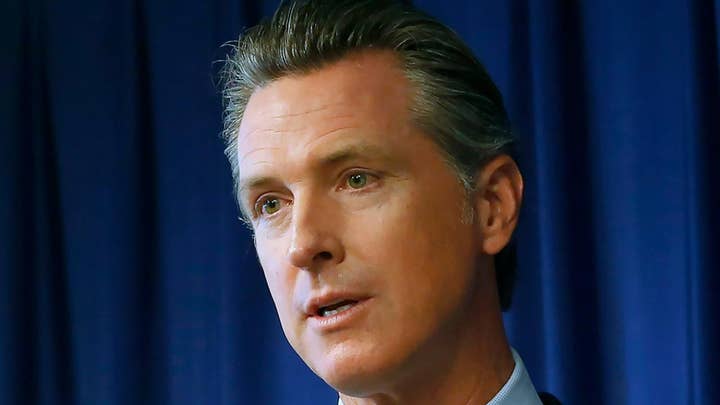 "I think the most important thing here is when they cobble these things together, and they say 'Hey, this is what's going to happen; this is how much we're going to make from it.' Those are called counterfactuals. You don't know until you actually do it," he explained.

"I think the more important part about this whole thing [is] how much less even the top earners reported in income."

Payne told the hosts that the "bifurcation between wealthy and poor in California is mind-boggling."

"It's so amazing when I hear Democrats talk about income inequality where every place that they've had a chance to dictate tax policy has the worst, the absolute worst, divide between super-rich and super-poor," he stated. "So, if you're not getting the money you were supposed to get from these grand schemes, you go lower and lower...and soon the super-rich become $250,000, $100,000, $75,000 [earners]..."

"So, not only did a massive amount of people flee the state, those wealthy folks that had the wherewithal to do it, paid themselves less money. You talk about an unmitigated disaster...," said Payne.