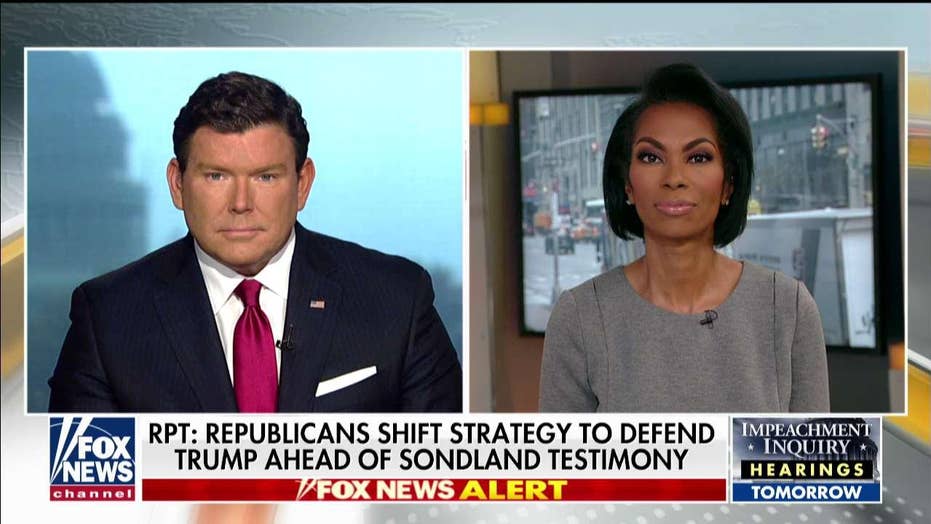 Fox News' Chief Political Anchor Bret Baier said Monday that revelations from the House Democrats' impeachment inquiry against President Trump can be seen in dramatically different lights depending on which side of the political divide an observer falls.

“I said last week that it was kind of like that viral gold dress/blue dress on the Internet," Baier told Harris Faulkner on "Outnumbered Overtime." "Two different sides, looking at it, seeing something completely different."

Meanwhile, President Trump said Monday he would “strongly consider” testifying or answering questions in writing as part of the impeachment inquiry.

The president’s tweet came after House Speaker Nancy Pelosi, D-Calif., challenged Trump to testify before Congress if he wants to set the record straight.