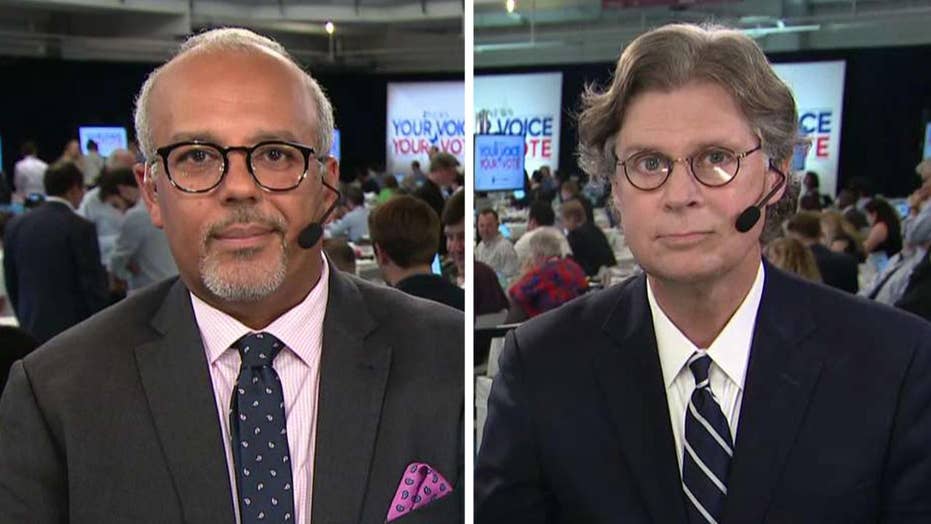 What to expect from the third Democratic presidential debate

Top 10 Democratic presidential candidates set to square off in Houston; insight and analysis from the 'Special Report' All-Stars.

On the subject of the legacy of slavery, Biden acknowledged the existence of "institutional segregation" and proposed tripling the amount of federal money "poor schools" receive and giving raises to teachers, but stressed that "problems from home" need to be addressed.

He talked about making sure children have the option to attend school at three and four years old.

It was shortly after when Biden mentioned "the radio," "the television," and "the record player."

"Play the radio, make sure that the television- excuse me," Biden continued, "make sure you have the record player on at night. Make sure that kids hear words. A kid coming from a very poor school- poor background will hear four million words spoken by the time they get there."

Biden's remarks sparked an avalanche of mockery on social media, many of them expressing disbelief that the presidential hopeful mentioned "record player" at the debate.

These weren't the only remarks Biden made that caused unwanted attention.

“Nobody should be in jail for a nonviolent crime,” Biden said.

After drawing ridicule on social media, a Biden aide later clarified to a reporter that he "was talking about nonviolent drug offenses.”