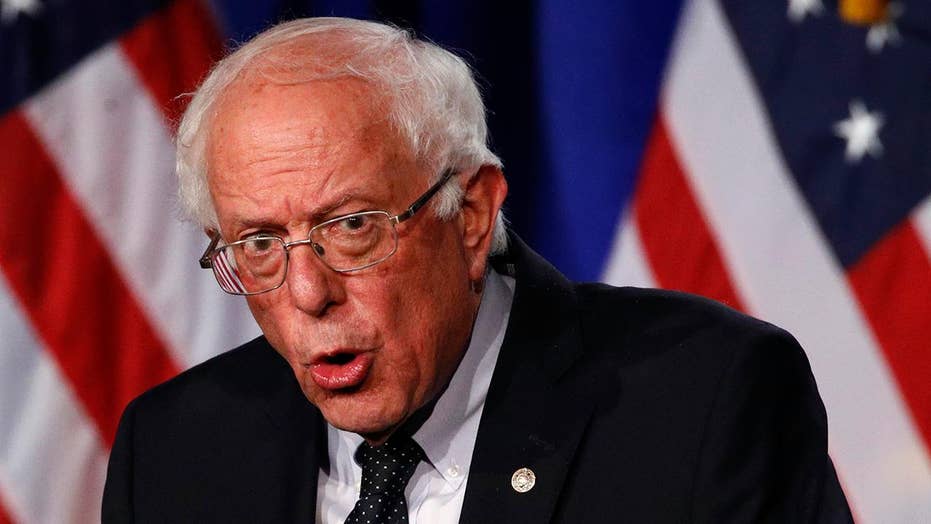 Socialist Sen. Bernie Sanders, I-Vt., evaded a question from CNN's Jake Tapper about his characterization of big pharma executives as murderers during a Sunday interview and promised to appoint an attorney general who would specifically go after American drug companies.

Tapper played a clip from a Saturday fundraiser in Detroit that Sanders attended, which showed the Vermont progressive saying, "Somebody goes out [and] shoots somebody, they're called a murderer. We all agree with that. Put them away. But what happens if somebody runs a pharmaceutical industry and artificially jacks up the price?" The crowd then responded with chants of "murderer!"

"This is a philosophical issue that we have to deal with," he told Tapper on "State of the Union." "If in the case of insulin, people are dying right now. The cost of insulin has soared in recent years. You have three companies who control over 90 percent of the insulin market ... people are dying.

"There is strong evidence that there is price-fixing -- that these companies simultaneously raise the prices at outrageous levels, far, far, far more than the cost of production. Jake, if I have a product that costs me a few dollars to make and I jack up that price, and you can’t afford it, and you die, what do you call me? So you can call them whatever you want."

Sanders' promised to target pharmaceutical companies if he becomes president, by using anti-trust laws to break up corporate structures and lamented the rationing of medication, despite pushing a government "Medicare-for-all" plan that would add millions of new patients to the health care rolls.

"I will tell you that as president of the United States, we are going to take on the pharmaceutical industry. We’re going to have an attorney general who is going to deal with the incredible concentration of ownership and we're going to use anti-trust legislation. I’m going right now in a few minutes into Canada. The cost of insulin is one-tenth of the price ... same products that we're paying [for] here in the United States. So you can call the drug company executives whatever you want," he continued.

"But what they are doing involves corruption, in my view, that' price-fixing. It involves unbelievable greed where they’re making, as I mentioned, the top ten companies last year made $69 billion in profits -- top three insulin companies made $14 billion in profits and people are rationing. One out of four people are rationing their insulin and people are dying. That is unacceptable in the United States of America and if I’m elected president, trust me, they're not going to get away with that."