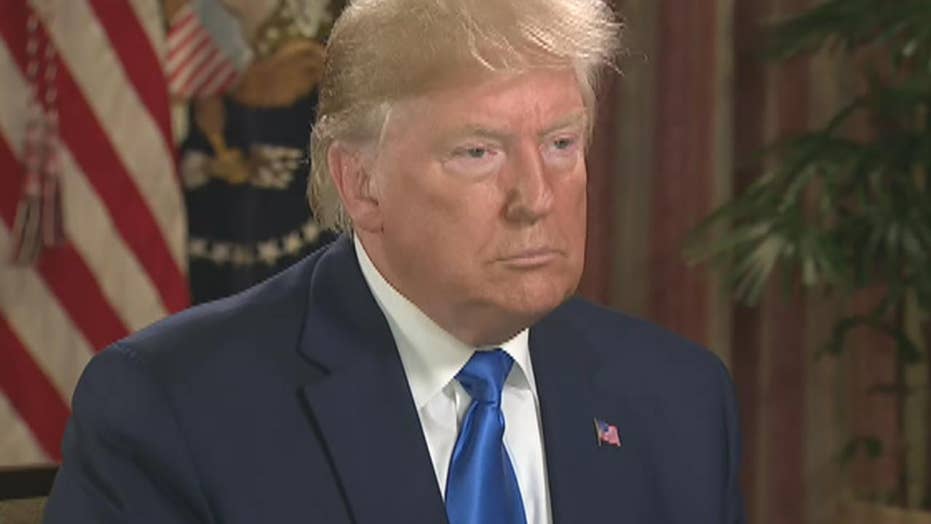 In a shot across the bow of online titans like Facebook, Google and Amazon, the Justice Department announced Tuesday it has opened a wide-ranging antitrust investigation of big technology companies and whether their online platforms have hurt competition, suppressed innovation or otherwise harmed consumers.

President Trump has relentlessly criticized the big tech companies by name in recent months. He and other top Republicans frequently assert that companies such as Facebook and Google are biased against him and conservative politicians.

“Without the discipline of meaningful market-based competition, digital platforms may act in ways that are not responsive to consumer demands,” DOJ antitrust head Makan Delrahim said in a statement. “The department’s antitrust review will explore these important issues.”

Big tech giants were in the DOJ's crosshairs on Tuesday.

In 2018, The Daily Caller published an article asserting that Google almost exclusively targets conservative sites for fact-checking -- and, in the process, often erroneously attributes statements to the conservative sites. Others blamed a software bug for the problem.

Some researchers have alleged anti-conservative bias in Google's search results. A leaked video of top Google executives conducting a company-wide meeting after the 2016 election showed them tearfully lamenting the results of the race, which would send Trump to the White House.

The DOJ's move comes as a growing number of lawmakers have called for stricter regulation or even breaking up of the big tech companies, which have come under intense scrutiny following a series of scandals that compromised users' privacy.

The Justice Department did not name specific companies in its announcement. But the DOJ did say it would look into "widespread concerns that consumers, businesses, and entrepreneurs have expressed about search, social media and some retail services online."

Additionally, the "department’s Antitrust Division is conferring with and seeking information from the public, including industry participants who have direct insight into competition in online platforms, as well as others," the DOJ said.

GOOGLE VP GRILLED IN HEARING OVER ALLEGED BIAS AGAINST CONSERVATIVES

“Without the discipline of meaningful market-based competition, digital platforms may act in ways that are not responsive to consumer demands,” said Assistant Attorney General Makan Delrahim of the Antitrust Division. “The department’s antitrust review will explore these important issues.”

The DOJ said it will seek to assess "the competitive conditions in the online marketplace in an objective and fair-minded manner and to ensure Americans have access to free markets in which companies compete on the merits to provide services that users want.

"If violations of law are identified, the department will proceed appropriately to seek redress," the statement concluded.

FILE - In this April 10, 2018, file photo Facebook CEO Mark Zuckerberg takes his seat to testify before a joint hearing of the Commerce and Judiciary Committees on Capitol Hill in Washington. The Washington Post reported on Tuesday, July 23, 2019, that the Federal Trade Commission will allege that Facebook misled users about its privacy practices as part of an expected settlement.(AP Photo/Alex Brandon, File)

Google directed requests for comments to the testimony its director of economic policy, Adam Cohen, made to the House Judiciary Committee last week. Cohen reiterated the company's benefits to consumers.

“Google’s control over what people hear, watch, read, and say is unprecedented,” Sen. Ted Cruz, R-Texas, the chair of the Senate Judiciary Committee, said at the hearing. “Google can, and often does, control our discourse.”

Cruz added: “The American people are subject to overt censorship and covert manipulation” by Google’s algorithm.

But Google’s vice president of global government affairs and public policy, Karan Bhatia, defended the tech giant – arguing that the company has no political bias and does not monitor content posted on its platforms. Bhatia noted that the company does censor or take down some content, but denied that there was any political motivation behind that.

“We work hard to fix our mistakes,” Bhatia said. “But these mistakes have affected both parties and are not a product of bias.”

He added: “We are not censoring speech on our platforms... We do have community guidelines against uploading, for example, videos that have violent imagery.”

Apple referred to comments from CEO Tim Cook, who told CBS last month he doesn't think "anybody reasonable" would call Apple a monopoly.

Earlier, the Washington Post reported that the FTC will allege that Facebook misled users about its privacy practices as part of an expected settlement of its 2018 Cambridge Analytica scandal.

The federal business watchdog will reportedly find that Facebook deceived users about how it handled phone numbers it asked for as part of a security feature and provided insufficient information about how to turn off a facial recognition tool for photos.

Advertisers were reportedly able to target users who provided their phone number as part of a two-factor authentication security feature.

The FTC established its own watchdog to probe big technology companies earlier this year, and shares antitrust authority with the DOJ.