Sen. Bernie Sanders put a number on his Medicare-for-all plan this week, saying his proposed successor to ObamaCare would likely cost between $30 trillion and $40 trillion over 10 years.

The presidential candidate also dismissed criticisms of his plan's feasibility as “absurd,” claiming it would actually help the U.S. save money, he told The Washington Post.

"What the most serious economists tell us, that if we do nothing to fundamentally change the health care system, which is what Joe [Biden] was talking about, keeping it as it is, we'll be spending something like $50 trillion over a 10-year period,” he told The Post. “Times change, and we have got to go further.”

Former Vice President Joe Biden called Sanders’ plan “risky” and said it could hurt patients. Biden released a plan this week to expand the Obama-era Affordable Care Act with a public option, which he estimates would cost around $750 billion over 10 years, the Post reported. 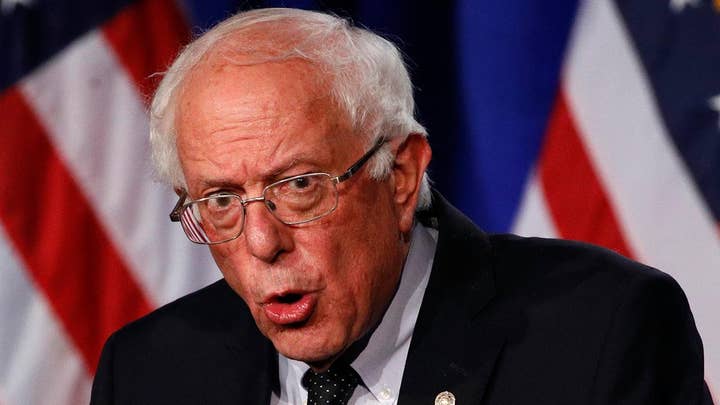 In a speech Wednesday at George Washington University, Sanders said it is an “international embarrassment” that the U.S. doesn’t guarantee health care as a right.

He said under his plan patients would still be able to see their doctors but won’t have to “deal with rip-off insurance companies.”

“What we’re talking about is stripping people of their private health insurance, forcing them into a government-run program,” Verma said.

Sanders has admitted that taxes would go up under his plan.