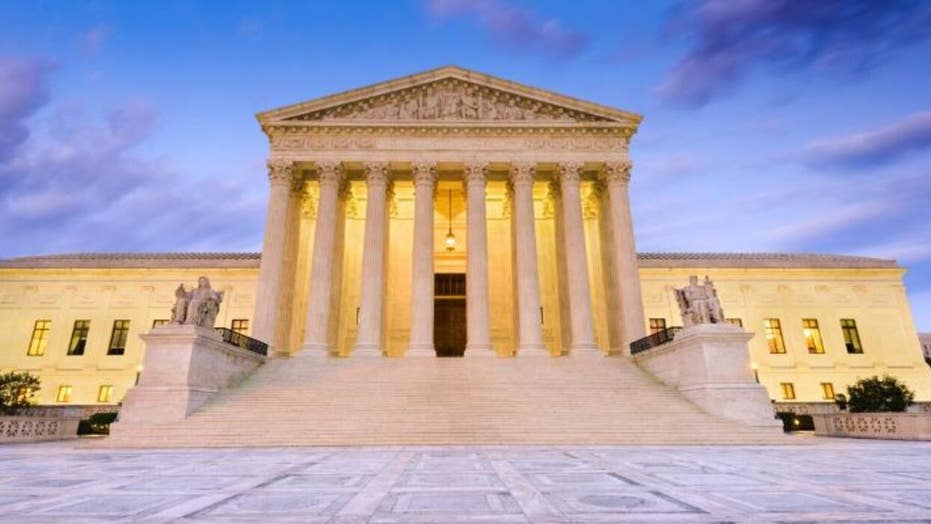 President Trump should quickly move to replace late Supreme Court Justice Ruth Bader Ginsburg, conservative commentator Ben Shapiro said Monday, adding that any move by Democrats to increase the size of the high court should they take power in 2021 would be "country-shattering in nature."

"What Democrats are threatening to do violates the structural integrity of the Constitution in massive new ways," the "Ben Shapiro Show" host told listeners. "What they are threatening to do can, in fact, split the country apart, and they're using this as blackmail to prevent Republicans from fulfilling their Constitutional duty to fill that seat."

With President Trump saying he will nominate a candidate to replace Ginsburg later this week, a growing number of Democrats are threatening to pack the Supreme Court if the party wins the White House and the Senate in November.

Shapiro described the radical strategy as the "greatest Constitutional crisis that I've seen in modern American history, not because of what Republicans are going to do -- fill the seat -- but because of what Democrats are threatening to do."

The idea of “packing” the court with extra justices -- attempted unsuccessfully by President Franklin D. Roosevelt in 1937 in a bid to force through parts of his New Deal that were ruled unconstitutional by the high court -- has bubbled on the fringes of the party for years.

But Shapiro warned the move would give more power to a party that has "nothing but scorn for the institutional checks and balances of the government of the United States."