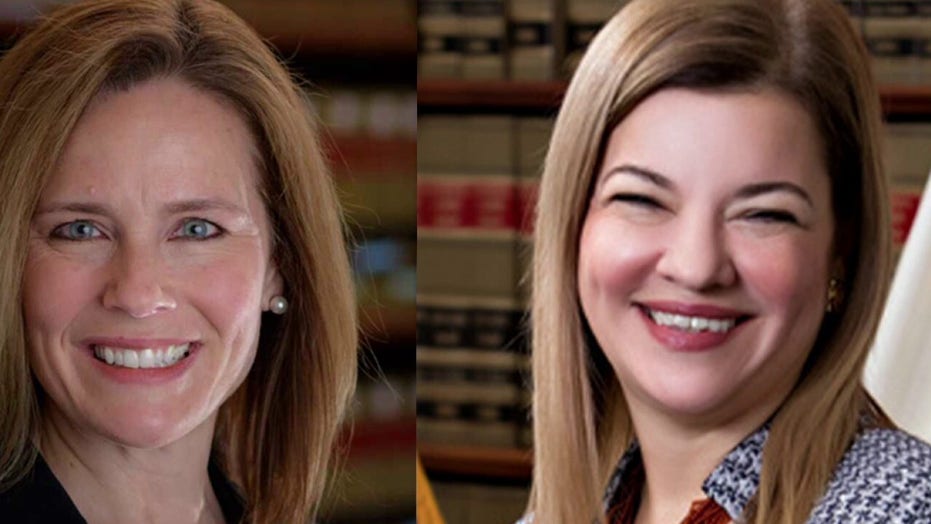 Trump vows to nominate a woman to SCOTUS seat

President Trump has already stated that he intends to choose a woman as his next Supreme Court nominee, and reports indicate that Judge Barbara Lagoa, of the U.S. Court of Appeals for the 11th Circuit, is on his short list.

Lagoa, 52, previously served on Florida’s 3rd U.S. District Court of Appeals and the Florida Supreme Court. According to Politico, Republicans from the battleground state believe that if Trump chooses the Cuban-American jurist it will help his chances there in November.

"We know Democrats are going to vote against her, even though they voted overwhelmingly to confirm her to the federal bench before,” a Republican Trump adviser told the outlet. “Democrats always play the race card. Well, we can as well. What are they going to tell Hispanic voters in Florida about rejecting a Latina for the high court?”

Lagoa was approved by the Senate when she was confirmed to the 11th Circuit bench with a vote of 80-15 in November 2019. Sens. Cory Booker, D-N.J.; Elizabeth Warren, D-Mass.; Kamala Harris, D-Calif.; Amy Klobuchar, D-Minn.; and Bernie Sanders, I-Vt., did not vote. All five were campaigning in the Democratic primary race at the time.

Democratic pollster Fernand Amandi told Politico that if Trump chooses Lagoa it would be "a play for women, Hispanics and most importantly, Florida’s 29 Electoral votes," calling her "the conservative Cuban version of Sonia Sotomayor."

According to the Florida Supreme Court's website, Lagoa -- a graduate of Columbia Law School -- was the first Latina appointed to that court when she was chosen by Gov. Ron DeSantis in January 2019. Before this, she had served on the state's 3rd District appeals court since her 2006 appointment by then-Gov. Jeb Bush.

Trump is scheduled to campaign in Florida this week with appearances in Jacksonville and Miami. He said Monday that he will likely announce his choice to fill the Supreme Court seat left vacant after the passing of Justice Ruth Bader Ginsburg on Friday or Saturday.