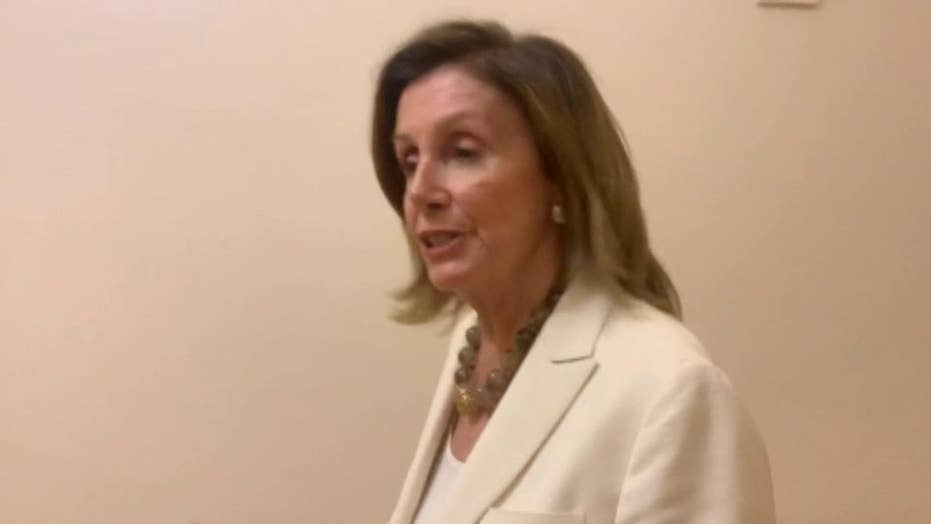 The speaker of the House calls the resolution a continuation of what the Democrats have been doing.

Rep. Alexandria Ocasio-Cortez, D-N.Y., indicated that even if the Senate would refuse to remove President Trump from office, the House of Representatives should vote on impeachment proceedings in an attempt to "stain" Republicans.

"Once the House impeaches, the House has impeached the president. And then that hearing goes to the Senate," she said on Tuesday, according to MSNBC.

"If they want to fail it, then I want to see every Republican go on the record and knowingly vote against impeachment of this president -- knowing his corruption, having it on the record so that they can have that stain on their careers for the rest of their lives."

PELOSI INSISTS DEMS ARE UNITED, EVEN AFTER NADLER MAKES NEW PUSH TOWARDS IMPEACHMENT

Although Ocasio-Cortez has already called for impeachment, much of her caucus seemed reluctant. That included House Speaker Nancy Pelosi, D-Calif., who has warned about a failed impeachment bid potentially dooming efforts to prosecute Trump after he leaves office.

Nadler's committee has led the charge on congressional investigations after the release of former Special Counsel Robert Mueller's report. Despite Nadler's push for impeachment, Pelosi has insisted that Democrats "all work together."

After the majority of her caucus threw their support behind impeachment, Pelosi sent out a letter in an apparent attempt to assure her members. Without supporting impeachment, she outlined various legal battles that Democrat-led committees were undertaking against Trump.