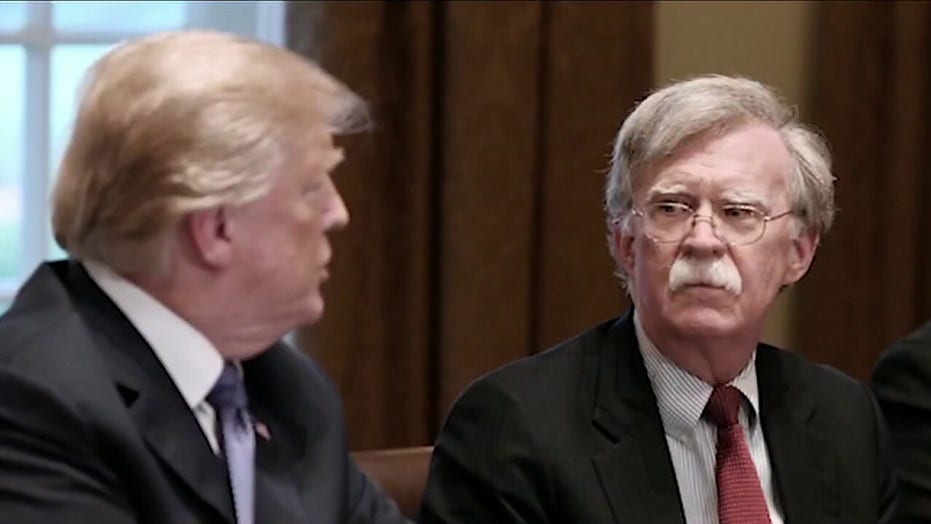 In Bolton’s book there are claims that President Trump asked China’s President to help him win the 2020 election; Former assistant U.S. attorney and Fox News contributor Andrew McCarthy weighs in.

Former federal prosecutor Andy McCarthy told "Your World" Thursday that "most of the checks on presidential behavior are not legal, they're political" in response to a startling claim about President Trump in former National Security Adviser John Bolton's forthcoming book.

In his book, "The Room Where It Happened," Bolton writes that during last year's G-20 summit in Japan, Trump asked his Chinese counterpart, Xi Jinping, for help winning reelection.

"He [Trump] stressed the importance of farmers, and increased Chinese purchases of soybeans and wheat in the electoral outcome," Bolton writes.

"I feel like we're having the same Ukraine conversation all over again, right?" McCarthy told host Neil Cavuto, referring to the controversy over the withholding of military aid to the Eastern European country that led to Trump's impeachment last year.

"In terms [of] the propriety of it, you know, presidents historically meld their own political interests with the national interest," McCarthy added. "Whether we think they're prioritizing the wrong one ... whether we think that ... the president thinks first of, 'Here's what's in my electoral interest, let me make my policy accordingly,' or whether they go the other way and say, 'What is the national interest here, and let me line up my political fortunes with that, but what's good for the country should be with me.'

"To me, that's a political determination," McCarthy added. "It's not a legal one."

McCarthy went on to say that lawmakers would have had a better case for Trump's removal from office if they had used the various allegations leveled by Bolton in his book, but again pointed out the charges would be more political than legal.

"If Congress thinks that there is a pattern of that, and Bolton seems to suggest this in his book, -- that is, enough instances where that happened that if the House had more broadly charged the president across the board with prioritizing his political interests over the national interest rather than narrowly targeting Ukraine, they would have had a better case, I don't know." McCarthy said.

"But it's it's a political calculation. Is that really a legal one?"