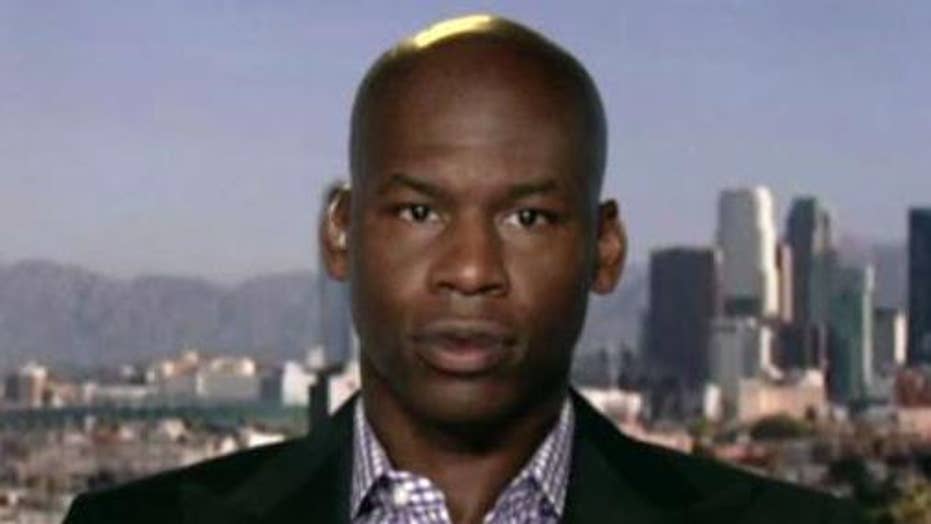 "The Chinese government banning NBA games because of a deleted tweet by a franchise employee is ridiculous,” Yang, the son of immigrants from Taiwan, told The Hill. "The main losers would be the Chinese fans who would find another way to watch the games. The NBA should feel confident in its position and stand up for the free speech rights of its employees."

That support, expressed in a now-deleted tweet, caused a massive backlash in China, where state-run China Central Television (CCTV) said it would not air two exhibition games between the Los Angeles Lakers and Brooklyn Nets. The outlet also took aim at NBA commissioner Adam Silver, who defended Morey's right to free speech.

“We voice our strong dissatisfaction and opposition to Adam Silver offering as an excuse the right to freedom of expression,” CCTV said, according to The New York Times. “We believe that no comments challenging national sovereignty and social stability fall within the scope of freedom of expression.”

Others in the NBA have faced American criticism for their responses. ESPN anchor Keith Olbermann had scathing criticism for Rockets player James Harden after he apologized to China.

"The @NBA’s obsequiousness on this, from [Nets owner] @joetsai1999 to the smarmy league Statement on @dmorey to this Harden remark, is embarrassing beyond words. To stand up for the democratic freedoms we have here is to risk alienating those who would suppress them," Olbermann tweeted on Monday.