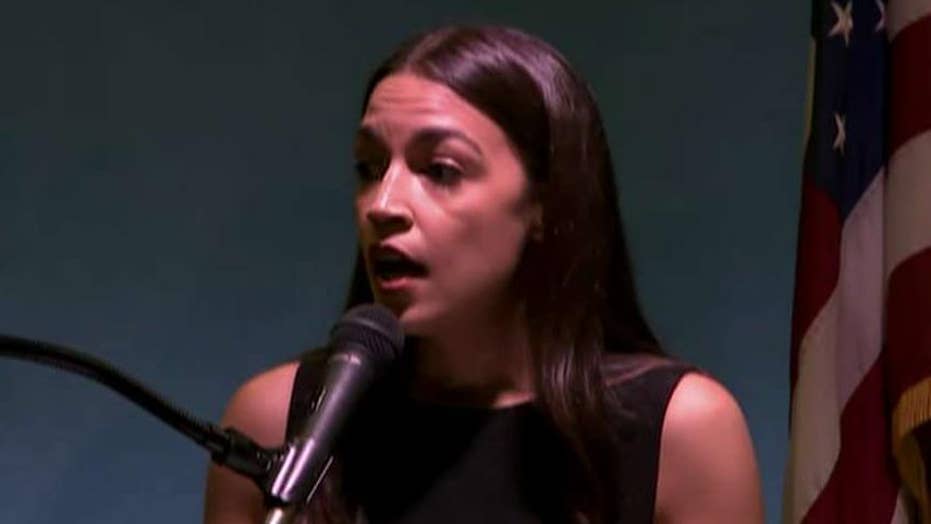 Robert Wolf, a former economic adviser to President Barack Obama, reacted on Tuesday to Rep. Alexandria Ocasio-Cortez’s statement on Sunday that it would "be an honor to be vice president” saying, “maybe she changes the rules.”

AOC, CAMPAIGNING FOR BERNIE SANDERS, SAYS IT WOULD 'BE AN HONOR' TO BE VP

“It’d be an honor to be vice president,” Ocasio-Cortez told "Noticias Telemundo" correspondent Guadalupe Venegas in Las Vegas. “I can’t because I’m not old enough.”

Ocasio-Cortez gave a keynote address at Sanders’ Spanish-language town hall in Las Vegas on Sunday. She endorsed him for the White House in October and could play a key role for the Vermont independent in seeking Nevada’s large Latino vote, differentiating himself from fellow progressive Sen. Elizabeth Warren.

Wolf noted, “She has a social media profile probably second-to-none right now. So it's a good get for her.”

“I disagree with many of her views, but I like her passion and I like that she’s for the party, but I do think she can make a difference in the primary,” he added.

Wolf then went on to say that he thinks Ocasio-Cortez would be a good surrogate “Irrespective of who the nominee is.”