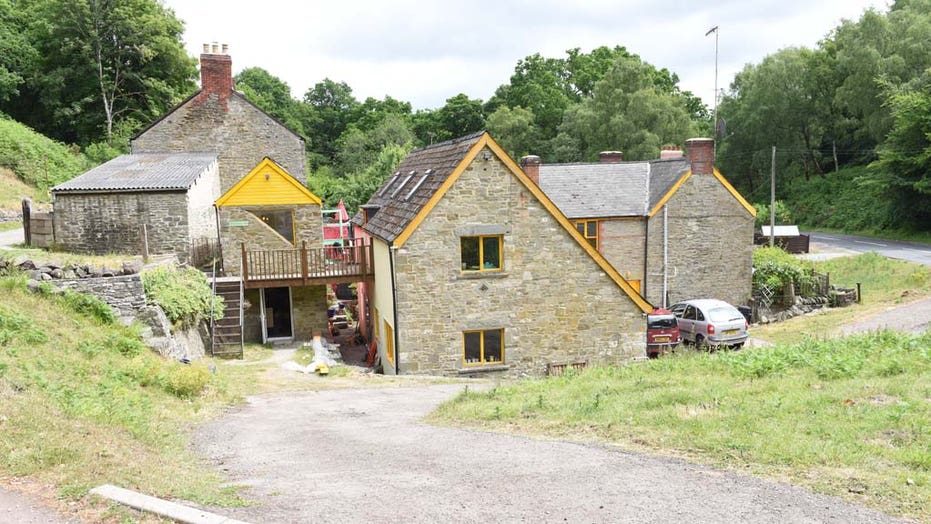 This house definitely has a unique design.

A homeowner in England has been unable to sell her house since listing it in 2014. While the outside of the property appears to be mostly normal looking, the design of the house’s interior may be scaring away buyers.

Mary Rose Young, 61, painted and designed the interior of her house, which she listed for sale in 2014. (Caters Mercury Press)

Mary Rose Young originally bought two cottages in the late 1980s, The Sun reports. The properties had reportedly once been inhabited by squatters and Young was able to purchase them for about $37,700. She says she spent years fixing them up, making the two cottages into one house and has had real estate agents value the house at $500,000.

In 2014, Young listed the house, hoping to use the money to open a bed and breakfast nearby. Unfortunately, only one person has viewed the house, and did not end up buying the property.

Despite being on the market for several years, only one person has reportedly viewed the house. (Caters Mercury Press)

Young thinks that the unique way she decorated the house might have something to do with the apparent lack of interest.

She told The Sun, “I love my house and the house really works for me. I’m a colorful person and I even have pink hair. I like it more and more as I get older. I made this house around my own life and I wasn’t thinking about it being sellable. We’re living like two children in a doll’s house and in retrospect why would anybody else want to buy it?”

The interior of the house features bright colors and unique furniture, light fixtures and floor designs.

Young says she made the house her own and wasn't thinking about making it sellable while she worked. (Caters Mercury Press)

Young, who makes pottery and lives with her musician husband, says she has no plans to change the house’s design, however.

“I just thought it might go to a mad collector of my work who might want to buy it, but no one was interested,” she explained. “It became a really fun project for me on the side of my pottery business and I was so galvanized by it I ended up neglecting my pottery at times. I painted it all myself and I would get help for some bits if I was in a hurry and was trying to work on the pottery. When you do it by yourself, you do it with all your heart.”