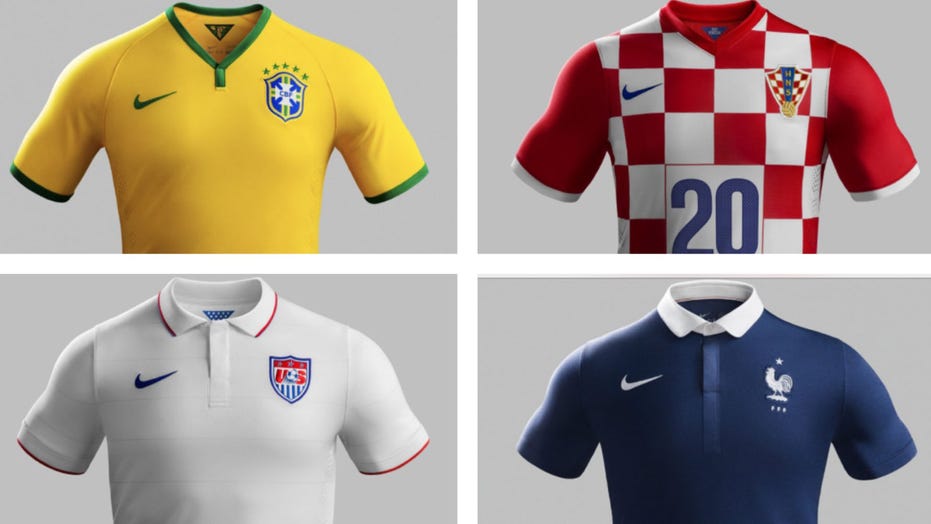 World Cup fashion: Which uniform is going to win?

A look at the some of the best- and the worst-dressed teams when they take the field at the World Cup.

The 2014 tournament, which opens Thursday when Brazil hosts Croatia, features the classics, the creative and the downright outlandish. From Brazil's iconic bright yellow uniform to Croatia's red checkerboard home jersey and the lightning-bolt detail on Mexico's kit.

Fox News Latino's Maria Molina welcomes noted fashion designer Raul Peñaranda, who was born in Colombia and raised in Venezuela. Together they rank the aesthetic choices made in the uniforms for nine of the 32 teams competing in Brazil.

Watch the video above to see what Molina and Peñaranda have to say about which jerseys will win at the cup.