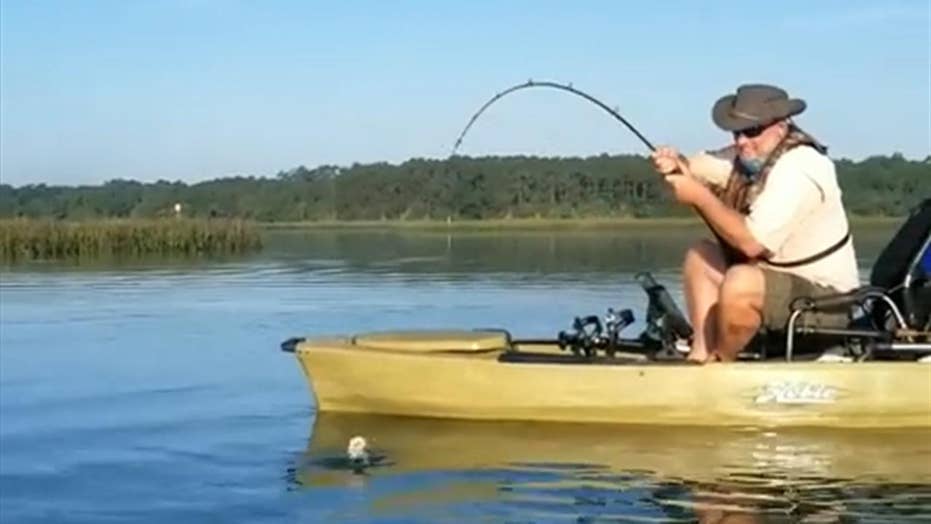 Over Memorial Day weekend, a Washington state man caught a roughly 7-foot halibut in the Strait of Juan de Fuca in the northwestern part of the state.

But Tom Hellinger’s impressive catch came with one big issue: he was unable to find a scale big enough to document the fish’s exact weight. This means Hellinger will never know if his catch, which he told Fox 13 was “bigger than a folding table,” broke the state’s 288-pound Pacific halibut record set in the late 1980s.

“We tried to find a hanging scale to weigh it on,” Hellinger told the news station, though he was unsuccessful.

“It came up like the mother-ship,” Hellinger said, adding that it took him more than an hour to pull his “dream fish” onto the boat. He was with his daughter, son and friend when he caught the massive halibut.

“It was a surreal moment. I was hoping for a 100 pounder. But that was something way, way bigger,” he said.

The halibut has since been processed, resulting in 140 pounds of fillets, according to Fox 13. Other parts of the fish, such as its stomach, were discarded.

Tom Hellinger did not immediately respond to Fox News' request for comment on Wednesday.