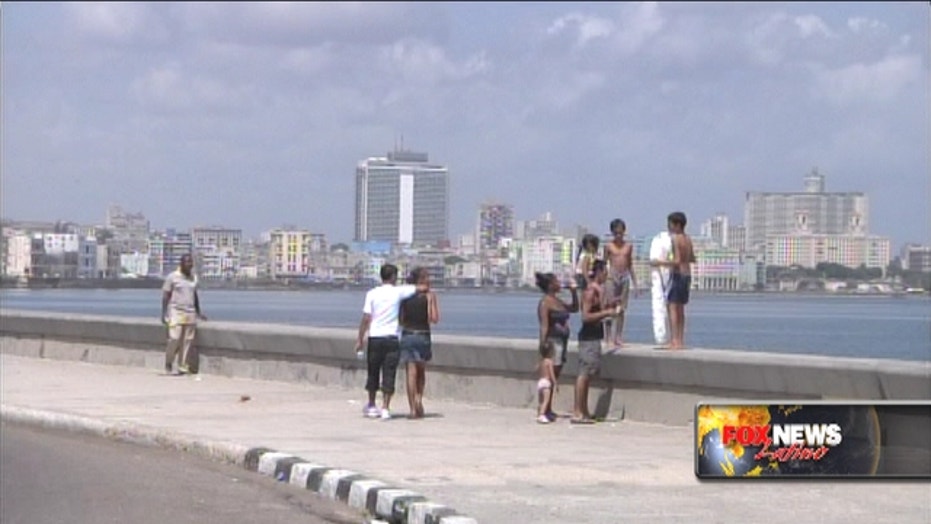 Are you planning on spending your spring break in Cuba? … Not so fast.

Following through on its declaration of warming ties with Cuba, the Obama administration has eased travel restrictions and opened a wide range of new export opportunities with the communist island.

You technically can't go to Cuba as a tourist, but since travelers no longer need licenses, getting to Cuba just got a whole lot easier.

Q: CAN U.S. CITIZENS VACATION IN CUBA AS TOURISTS?

A: No, the new changes do not allow Americans to travel to Cuba as tourists.

A: There are 12 categories of people who are allowed to visit. They include close relatives of Cubans, academics, those traveling on official government business, those on humanitarian or religious missions, journalists and people on accredited cultural education programs. The U.S. Treasury's Office of Foreign Assets Control oversees travel to Cuba.

A: The big change in the law is that these groups of people, who have always been allowed to visit Cuba, no longer need to apply for a specific specialized license to travel. The government is now giving Americans the benefit of the doubt and no longer need to fill out an application justifying their travel. So, in practice, anyone can say they are traveling under one of the dozen categories and book a flight to Havana.

Q: CAN I GET IN TROUBLE FOR LYING ABOUT MY TRAVEL?

A: Yes. Those who want to take advantage of the law by lying about why they are going to Cuba, i.e. saying you're visiting for humanitarian reasons and spending seven days at the beach, could be prosecuted under U.S. law. According to the U.S. Treasury Department: "Persons must comply with all provisions of the revised regulations; violations of the terms and conditions could result in penalties under U.S. law."

Q: WHAT ABOUT EVERYBODY ELSE?

A: That's fuzzier. It's still illegal for Americans to visit Cuba if they don't fit into one of those 12 groups, but without the need to apply for a license it could be impossible for the government to enforce such a restriction.

A: Until now, the government has issued licenses to tour operators who then help travelers obtain visas and sell spots on trips to Cuba. Many of them are mom and pop travel agencies in Florida, catering to Cuban-Americans. Others are large tour companies offering weeklong educational trips for $3,000 to nearly $8,000 a person. The new regulations allow travel agents and airlines to sell tickets without the need for a specific license from Office of Foreign Assets Control. That means it will be much easier to book a trip and prices should come down significantly.

Q: HOW DO U.S. TRAVELERS BUY GOODS IN CUBA?

A: Banks and credit card companies have been prohibited from doing business in Cuba. That gets lifted in these new rules. But don't expect to see ATMs or businesses accepting Visa, MasterCard or American Express immediately. Large hotels are likely to be the first businesses to let travelers swipe to pay but mom and pop restaurants or local shops could take much longer. So travelers — in the near term — still need to bring a lot of cash.

Q: WHAT CAN AMERICANS BRING BACK?

A: Authorized visitors can bring home up to $400 worth of goods acquired in Cuba for personal use. This includes no more than $100 worth of alcohol or tobacco products.

Q: WILL THERE BE LIMITS TO THE NUMBER OF VISITORS?

A: Without the need for a license, there is no limit. However, Cuba only has so many hotel rooms and other necessary infrastructure to support tourism. In the short term, that will curtail the number of visitors.

Q: WHAT AIRLINES FLY FROM THE U.S. TO CUBA?

A: American Airlines, JetBlue and Sun Country offer charter flights to the Cuban cities of Havana, Holguin, Santa Clara and Cienfuegos. Until now, the only way onto those planes was through one of those travel agencies. That could quickly change. But don't expect airlines to suddenly flood the market. Like all other route decisions, airlines need to see if there is a large enough market willing to pay high enough airfares. For instance, a Southwest Airlines spokesman said Thursday, "Cuba is a good future opportunity we are studying." And Cuba is still a difficult destination to serve. JetBlue brings a mechanic along on each of its charter flights.

Q: ARE THERE OTHER WAYS FOR AMERICANS TO VISIT CUBA?

A: The Cuban government doesn't prohibit Americans from visiting. So for years, intrepid travelers have broken the U.S. law by entering Cuba via Mexico or Canada and asking officials not to stamp their passports.