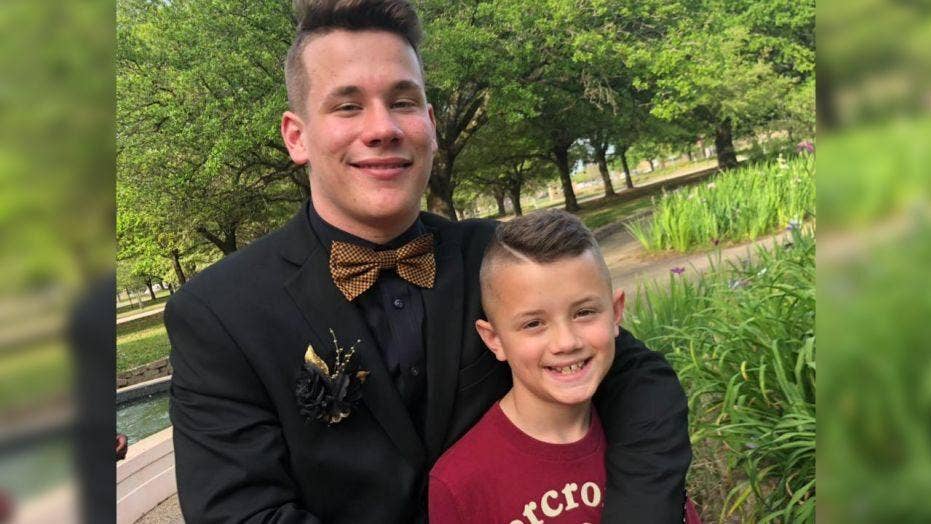 WATCH: Louisiana teen dresses up in costume to pick up his younger brother from the bus stop.

A Louisiana teen starts a unique family tradition by dressing in costume to pick up his little brother after school. The creative greetings are now a viral hit.

A 17-year-old from Louisiana is being praised as the “Bus Stop Brother” after his creative – and sweet – pranks on his younger brother have gone viral.

Noah Tingle and his little brother, Max, 12, have a close bond. But that didn’t stop Noah from wanting to embarrass the 7th grader when he got home from school.

So, on Aug. 13, Noah decided to have some fun by dressing up in a costume and greeting Max when he got off the school bus, FOX29 reports.

The first time Noah did it, Max admitted to the outlet that he was embarrassed – but then Noah continued.

The teenager donned a new costume every day to meet Max. And now, Max actually looks forward to Noah’s outfits – and after The Bus Brother Facebook page that Noah started took off, people all over are eagerly awaiting Noah’s disguises, as well.

In a series of videos uploaded to the site, Noah shows off his selection of costumes from a Court Jester to Where's Waldo to an inflatable gorilla, among others.

People have actually loved the brother’s bond so much that Noah has received costume donations so he can continue to surprise Max every day, FOX29 reports.

As to why Noah started the practice, he told FOX29 it's because they’re close.

“We get our haircuts together and ride to church and practices together, he is my little brother and best friend all rolled up in one person,” Noah said.