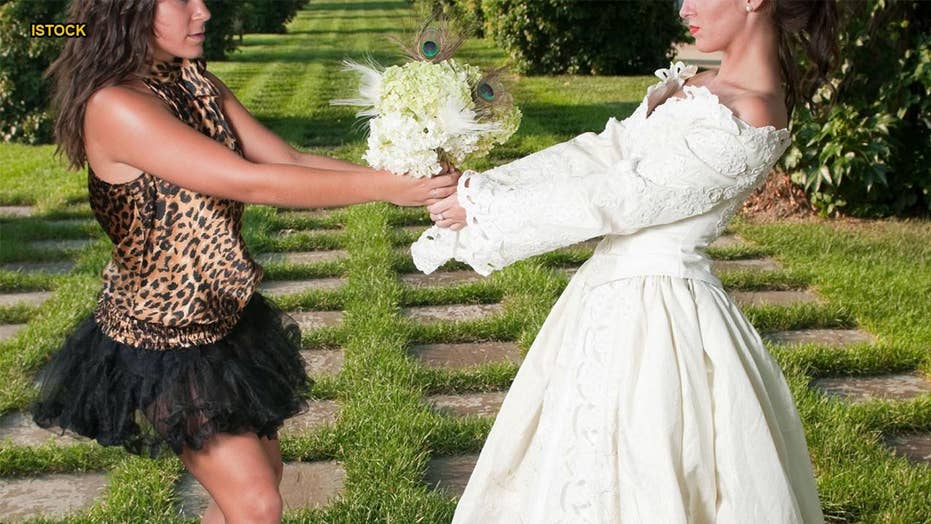 On Reddit's Relationship Advice forum, a bride shared her three-year engagement story in which her sister allegedly tried to steal her wedding date and venue after getting pregnant. The family dispute has yet to settle down and no one is sure who is coming to the wedding anymore.

Planning a wedding is stressful, but that doesn’t make it O.K. to just try to steal someone else's carefully chosen date and venue.

A bride-to-be recently took to Reddit to tell a truly odd story: After spending years planning her wedding while also earning a Ph.D., her sister apparently attempted to steal her venue, and even her wedding date.

After booking her venue three years in advance, a bride-to-be is claiming that her sister and her family are trying to force her to give it up. (iStock)

Even worse, when she didn’t get her way, the sister allegedly played the victim.

The bride, who goes by Deedesai on Reddit, posted her story to the site's Relationship Advice forums. She started off explaining that she and her fiance have been dating for eight years and engaged for three. According to her, the reason why their engagement has been so long is that she was working on her Ph.D. program.

Since she and her fiance were both O.K. with waiting, they booked their “dream venue” years in advance. The wedding is apparently all set for September, which is where the problems with her sister (who is also engaged) began.

BRIDE-TO-BE FREAKS OUT WHEN FIANCE PUTS HIS DOG'S SURGERY OVER WEDDING: 'HE'S A MEMBER OF THE FAMILY'

“Yesterday our parents invited us and our significant others to a family bbq, where my sister announced to our extended family that she is expecting,” Deedasai explained. “Everyone was so happy for her and my brother-in-law (who is a great guy).”

While everything was great at first, problems began when everyone started asking the sister about her wedding plans.

According to the post, that's when Deedesai's sister said she "wanted to talk."

"I was really, really hoping we could kinda like take your venue?" Deedesai's sister allegedly asked her. "I really cannot stress myself too much with planning a wedding while going to maternity classes. And I think it is so beautiful! It would really mean a lot to me.”

Apparently, the bride-to-be's sister thought giving her the venue would be "no big deal."  (iStock)

Deedesai said she "went silent," but added that "everyone was looking at me expecting me to say, ‘Yes, of course, everything for my little sister!’ My brother-in-law looked very uncomfortable and told her that they had talked about this, and that it was not okay to put me on the spot. But my sister just said ‘Don`t be like that! My sister wants to do what’s best for me so it’s no big deal, right?’"

At this point, Deedesai responded the way that most people would expect, by explaining that giving up her dream venue after spending three years planning the wedding would be “a big deal.”

Apparently, the sister didn’t seem to understand this.

“Cue the crying. She stormed off,” the story continued.

Oddly, it seems that the rest of the family somehow took the sister’s side.

“Nan told me that I was being selfish because she needed the venue more than I did. I tried to defend myself and my mother said, ‘You waited 3 years. Would it have killed you to wait a few more months? When has your sister ever asked you for something?’”

Things quickly escalated from there.

“A few comments later my fiancé got really mad and we left,” she explained. “My sister called me crying and said that it was unfair that I always get what I want and that I could have done this one thing for her. Dad said it is just a venue and what matters is the person who you are marrying. He is kind of right... but we have been planning for so long.”

Not surprisingly, things apparently haven’t settled down and no one is sure who is coming to the wedding anymore.

“My fiancé is furious with my family and doesn't even want my sister to come. Now my family is threatening not to come because I am being selfish and my sister needs it more than me because having a baby is too stressful.”

Reddit commenters did not take the little sister’s side.

As one user put it, “I honestly think the sister didn't just want the venue. I suspect it was a back door to asking for basically the whole wedding since everything was already ready. I have a strange suspicion she'd have demanded the older sister call off her guests while she called hers for the wedding.”

Others praised the original poster for standing her ground, posting, “It's tough going against family. The cool thing is when you gain additional family when you get married. I am very glad the in-laws are supporting you.”

Another user added, “Her lack of timely family planning is not your responsibility. Period. Plan the wedding of your dreams, and perhaps those family members who aren't supportive aren't invited.”

Yet another user took the parents’ words and turned it against them.

“If she is rushing to get married because she is pregnant I would have the very opposite view as the dad," the commenter wrote. "I would want them to slow down and make sure they are making the right choice.”