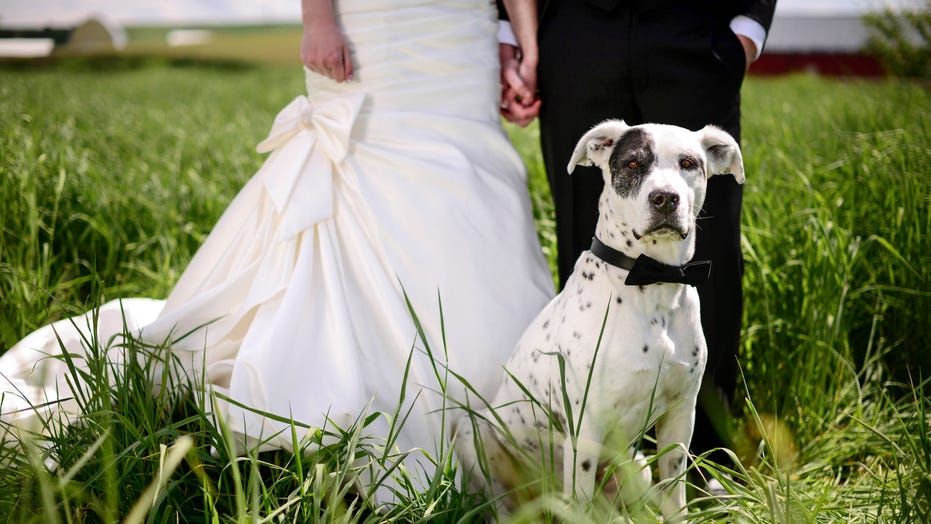 After spending thousands of dollars to help his dog without telling his fiancé, a man is wondering if his future wife shares the same priorities as him.

Apparently, his bride-to-be wasn’t happy that he spent so much money without asking her first, even though it was used to try and save the dog. According to him, since she found out, their relationship has been tense and he isn’t willing to apologize.

Reddit user Unsurebigbig took to the website to tell his story. According to him, his pet dog started acting strangely. “(The) first couple of vet visits didn’t show anything," he wrote, "until eventually, we felt a large lump under his fur which was later identified as a tumor. It was confirmed to be malignant and required surgery to remove completely.”

Apparently, the bride-to-be wasn't happy that she'd have to "downsize" the wedding after so much money was spent on the dog. (iStock)

He claims that the vet told him the surgery would cost $5,000 and that there was “no guarantee” it would be a success. The poster decided to go through with the surgery because the cost “didn’t matter” to him. As he saw it, there was no question that he should do whatever he could to save his dog.

He continued to describe his financial situation with his fiancé, saying, “I paid for the surgery out of my own savings. This is important. My fiancée and I have separate finances and my savings are easily 5x what she had saved up.”

Unfortunately, it seems that his bride-to-be didn’t see things the same way he did. “When she found out how much the surgery cost, she went ballistic that I paid for the surgery without asking her when we’re planning a wedding,” he said. “She says that she will have to downsize her wedding to compensate and that my dog is already so old (10) the money ‘wouldn’t go far.’ I can’t even comprehend how she could say that to me.”

“I honestly can’t empathize with her here, which has caused a massive rift in a previously amazing relationship,” the story continues. “My dog is my dog and he’s a member of the family. I refuse to put a few thousand dollars over his well-being. My fiancée is acting as though I’m being selfish and that our wedding should come first since we’re starting a family.”

Since then, it appears that things haven’t gotten better. “She hasn’t talked to me since other than to tell me to take out the garbage, clean the dishes, etc,” he continues. “If I try to engage conversation she will shut down or walk away. She refuses to talk this over unless I get on my knees, grovel and apologize. I can’t bring myself to do this as a matter of principle and self-respect.”

The responses to the original post were divided. Many agreed that the dog was important and didn’t fault the original poster for spending the money on the beloved pet. Where they disagreed with him, however, was that they felt his fiancé had a right to be part of the discussion before making such a big financial decision.

As one user put it, “It amazes me how many people are cool with getting married before discussing such basic things as finance in the relationship.”

Another user took the groom-to-be’s side, posting, “It’s his money though. Money HE saved. Obviously they are both in the wrong as they don’t seem to have discussed a budget but honestly... if my significant other started getting pissed at me for spending the money I saved (we have separate finances as well.. but to be fair, he has more in his savings than I do... and we also have a joint account for bills and vacations) I would check that as a red flag. And on top of that, my dog comes first. I’d rather have my dog than a wedding.”

Other users saw her point of view, with one commenting, “I somewhat agree. $5000 is a lot of money to spend without talking it over with your significant other. That being said, if their priorities were better aligned, it may not have been a big thing.”

Another user thought that the couple has a different issue, posting, “Communication is so important to any relationship. And you two are not communicating. 1) You need to have a realistic talk about budgeting. Not just for the wedding. You need to have savings for emergencies. 2) You need to discuss major expenditures. There is always room for discussion (if not compromise). 3) You need to set realistic expectations about life together. What happens if your dog gets sick? A car breaks down? You have a child? These are decisions that need to be made as a couple.”