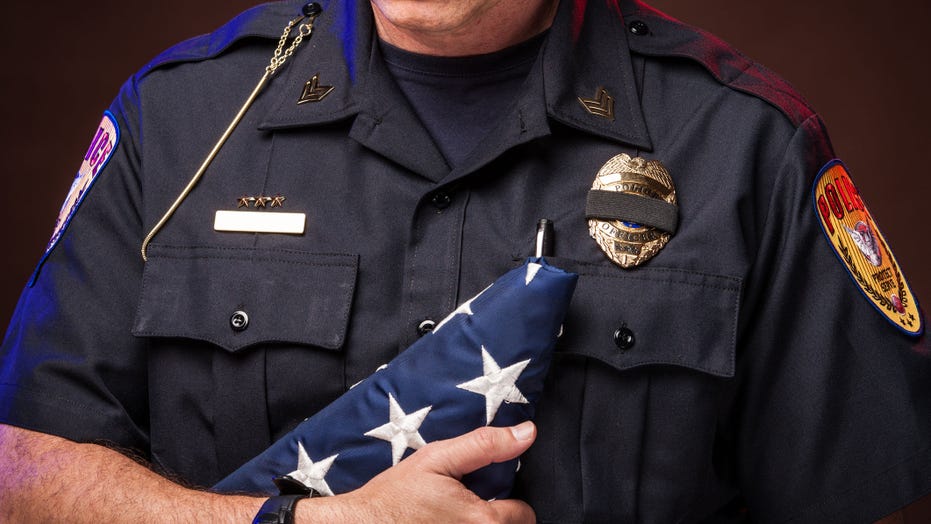 When 18 police officers arrived at the scene of a teenager’s house party, it was actually for a good reason.

Micah Schieber couldn’t believe his eyes when multiple police cars pulled up in front of his house while he was holding an open-house style party for his graduation in Midland, Mich. His father had worked for the Midland Police Department before he died, and the officers showed up to pay tribute.

Schieber’s father passed away in 2007 from an undetected heart condition, WJRT reports. Micah was just six-years-old at the time. When it came time to plan his graduation party, he asked his mom to invite the police department. “I just thought it'd be cool to have a piece of my family and my dad at my graduation because that's something I'll always miss,” he told the outlet.

Midland Police Chief Cliff Block told WJRT that he had no hesitation. “I knew we'd do something to make it happen. I had the honor of working with Chad Schieber,” he said.

“Car after car after car, I was dumbfounded,” Micah said. “I was left speechless because of their heart.”

Schieber’s aunt posted footage of the heartwarming moment to YouTube. She captioned it, “Micah Schieber invited the Midland City Police Department to his graduation party. In honor of his father, Midland Police Office Chad Schieber, who passed away while running the Chicago Marathon in October 2007, fifteen members of the department showed up at the party in full uniform. Micah presented them all with gifts, including a Michigan shape piece of wall art, with a thin blue line, that Micah made in his welding class. Everyone enjoyed some delicious donuts at the Apple Orchard!"

To top things off, the officer’s reportedly gave Micah $111 in honor of his late-father’s badge number. They also gave him a trading card of his father, which Micah described as “very special.” He told WJRT, “I didn't have one, I didn't even know they made them. And so opening up the gift and seeing that first just kinda hit me, hit me hard.”