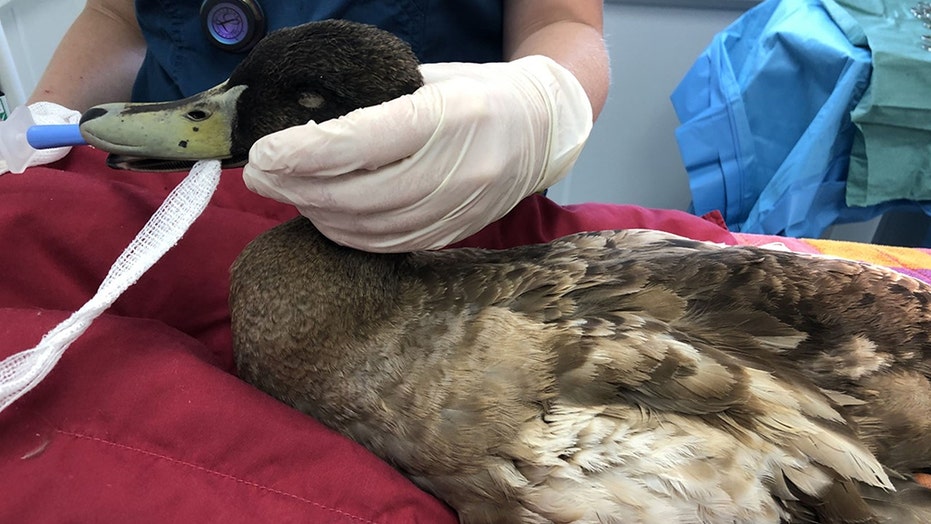 And you thought you were having a bad day.

In a truly bizarre turn of events, a supposedly nymphomaniac duck had to have its penis removed after having too much sex. The animal reportedly traumatized the appendage, causing it to become infected.

The duck, named Dave, was living in the U.K. with its owner, Josh Watson, The New York Post reported. According to Watson, Dave would “mate with his female companions between five and 10 times a day.”

Dave the duck reportedly was trying to have sex multiple times a day. (Kennedy News and Media)

Its amorous encounters weren't limited to mating season, either.

However, due to the number of times Dave was attempting to mate, the duck reportedly caused irreparable damage to its reproductive organ.

“The end of his penis had basically died and it was pretty horrific,” Watson told The New York Post. “It started not going in and we’d give him a bath to keep it clean.”

After attempting to use antibiotics to fix the problem, Dave took a trip to Bristol’s Highcroft Veterinary Hospital. There, it was determined that Dave’s sexual behavior had caused its appendage to slip out of place. Even worse, it had become septic.

If it had gone untreated, the condition could have become “life-threatening,” the doctor said.

The decision was made to remove Dave’s penis.

According to its owner, Dave has been recovering fine after his operation, which left him with a centimeter-long stub. Watson speculated, however, that Dave was upset at the loss of the organ.