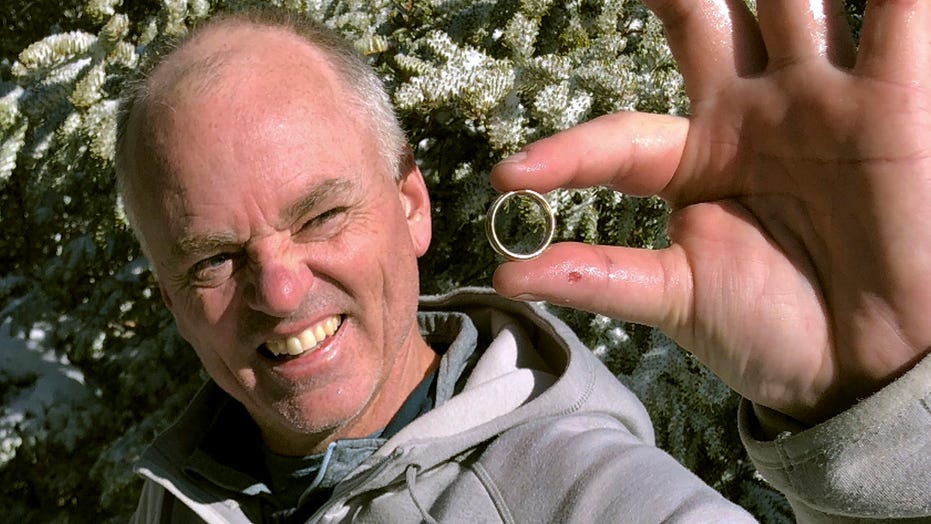 This guy deserves a ring of his own.

When a hiker lost his wedding ring on top of a New Hampshire mountain, he desperately reached out for help and posted in a Facebook group. Amazingly, another hiker was able to find the tiny piece of metal buried in the snow, thanks to the help of a metal detector.

Bill Giguere had worn his wedding band for three years when he lost it while hiking a 10-mile loop trail on a 4,000-foot-tall mountain in Manchester, N.H., WMUR 9 reported on Wednesday.

Determined to find the ring, Giguere took to Facebook and explained his situation in a hiking group, asking fellow members for help finding the ring.

Tom Gately saw the post but didn’t think it was likely that the ring would be found.

Despite having low expectations, Gately headed off to the mountain with friend and fellow hiker Brendan Cheever. They took a metal detector with them, which ended up being a good call.

Amazingly, the metal detector pulled off the impossible -- they found the ring.

Cheever said the metal detector "beeped and he’s, like, ‘I think I found it,’ and everybody’s, like, ‘What?’ and he just started scratching in the snow. There it was!”

The ring was successfully returned to Giguere, much to his relief.

The three men got the chance to meet in person on Tuesday. In regards to finding the wedding band, Gately said: “Good directions from Bill, a little luck, a little fate and it all came together at that spot.”