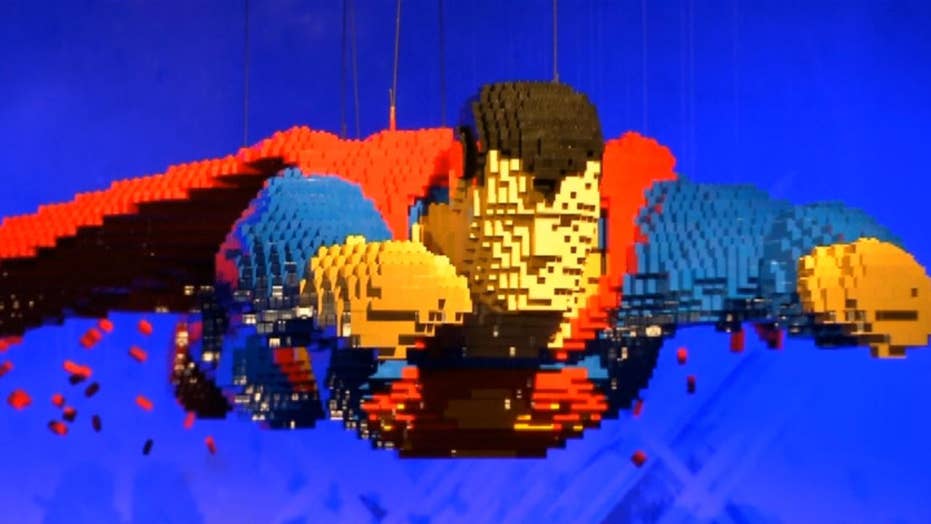 Nathan Sawaya considers himself 'a full-time artist … that plays with toys.'

The road to becoming one of Lego’s “Master Builders” is long, and likely paved with sharp-edged, unforgiving bricks. But for the eight official Master Builder worldwide, the job is a dream come true.

Nathan Sawaya says he always loved how Legos made art very accessible, which is why he left his job as a lawyer to pursue brick-building full time.

“I wasn’t happy as a lawyer, and creating art made me happy,” said Sawaya. “And so I just decided to leave the law firm behind and be a full-time artist … that plays with toys.”

Sawaya’s passion for playing with Legos has earned him some famous fans, as well. Barack Obama posed with one of his creations at an installation in Washington, D.C., and Bill Clinton reportedly has one in his office. Sawaya’s work has been displayed at museums in Paris and Minsk, the Kennedy Center in D.C., and in the New York Public Library.

Lady Gaga, too, showcased some of Sawaya’s art in her 2014 music video for “G.U.Y,” which features the lawyer's “Yellow” piece, albeit with Gaga’s head superimposed over atop the bust.

“She really wanted to incorporate art that’s accessible, and my art that uses a toy, a child’s toy, makes it very accessible,” Sawaya explained on an Irish talk show in 2014.

His latest exhibit, a collection of 120 works inspired by DC Comics superheroes made from around two million Lego bricks, was inspired by the idea of good and evil.

Sawaya’s current exhibit, “The Art of the Brick: DC Super Heroes,” is on display at the Espace Chapiteau Parc de la Villette, Paris, through Aug. 16.