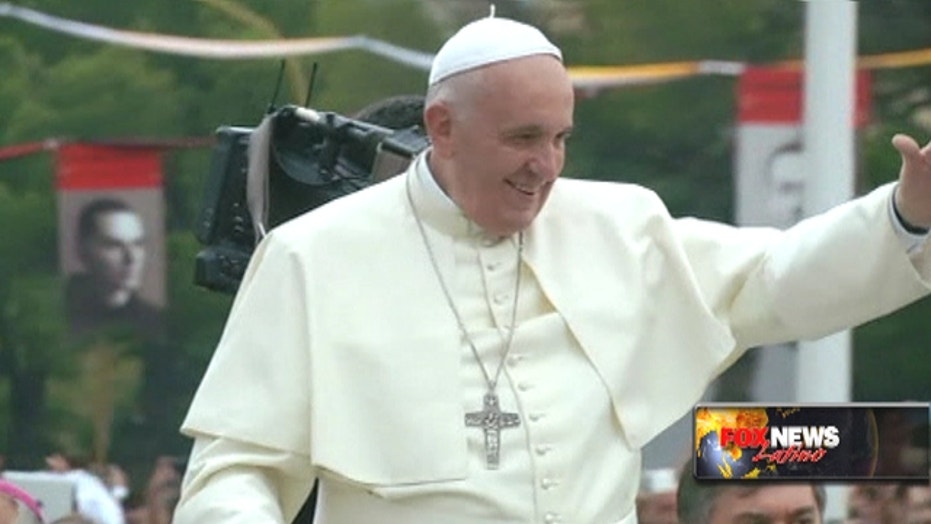 Austen Ivereigh, author of “The Great Reformer: Francis and the Making of a Radical Pope

NEW YORK, NY – Nearly two years after Pope Francis became "The First Latino Pope," his Argentinian background and the close to half a billion Latino Catholics remain a strong force behind his campaign to reform the Church.

"He has identified with Latin American concerns from the beginning," said Austen Ivereigh, author of "The Great Reformer: Francis and the Making of a Radical Pope," a new biography that delves into the pope's upbringing in the South American country and how this fact has served as the foundation for his quest to reform the Catholic Church.

Indeed many say the 77-year-old Jesuit is on an open campaign to fix the Vatican – from its shady financial system, to its internal government (the Roman Curia) and the moral crisis unleashed by the sexual abuse scandals – while trying to make the Church more welcoming to gays, divorced couples and remarried Catholics.

According to Ivereigh, it is Pope Francis' Latino upbringing in Argentina that is giving him the tools that could make him one of the great reformers in this history of the Church.

"He grew up in a very turbulent political environment ... which attracted many catholics, followed by a very vicious dictatorships that killed thousands of people – he had to steer his order (the Jesuits) through that very very difficult time," Ivereigh said. "He had to hold things in a balance. He had to prevent them from being caught up in ideology."

It was growing up and working in Argentina what influenced the process in which he's going about reforming the Church, the author concludes.

"He doesn’t operate according to bureaucracies," Ivereigh added, saying this is a useful skill he learned in Argentina. "It’s a very personalist kind of government. He operates through friendships, through relationships. People are never quite sure what he’s going to do next partly because he’s going outside the existing structures in the Vatican in order to be able to reform them."

Ivereigh's research included dozens of interviews and reading every single piece of the pope's writing in order to understand his motivations and where he plans on taking the Church.

Instead the heart of his mission remains strengthening and growing the Catholic base, whose followers, particularly in Latin America, are increasingly converting to evangelical Protestantism. According to the Pew Research Center, 69 percent of Latin Americans today are Catholic, compared to 90 percent in the 1960s.

"What he wants is to release the evangelizing energies of the Church, he wants more people to come to God," Ivereigh said. "He wants to open the doors and make it easier for people to access that; that's the real reform"

As for whether or not Pope Francis is living up to the expectations placed on him by Latinos who see him as one of their own? Ivereigh said, "Absolutely." He pointed to the pope's focus on issues such as immigration and jobs, which speak to his Latino base.

"These are the two things the poor care about, it’s the things that his family cared about. His family immigrated to Argentina, he grew up with the stories of those immigrants and their hopes and their dreams and their frustrations and their sufferings," Ivereigh said.

"This is what I think makes him [a reformist]. It’s not just because he is Latino – he’s born to immigrants in the New Worldn and he understands that."