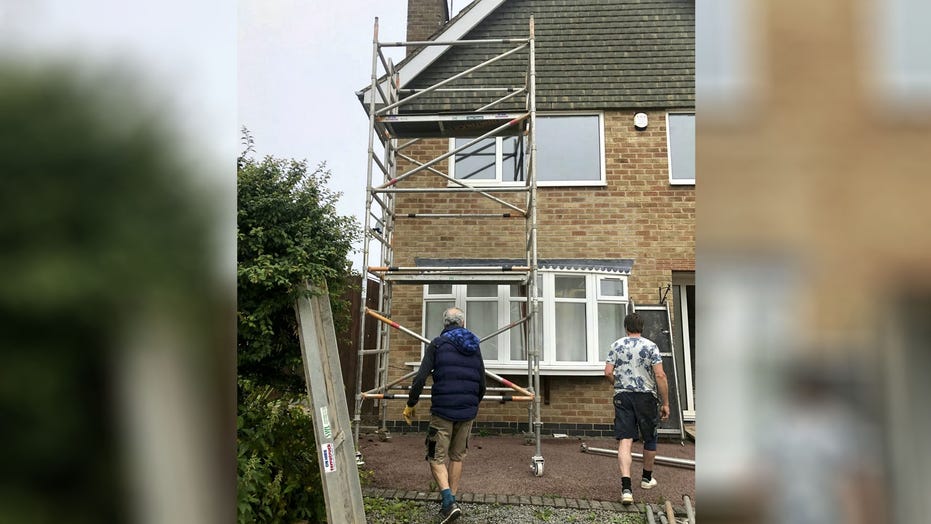 A couple in England recently made a shocking discovery when they moved into their dream home: the living room was full of thousands of bees. It turns out they had unwittingly purchased a home that contained a massive beehive hidden in the fireplace.

A couple in England discovered that 160,000 bees were living in a 15-foot-long hive in the chimney of the house they bought.

The house’s previous owner had bricked up the fireplace before selling, Southwest News Service (SWNS) reports. The couple reportedly paid nearly $500,000 for the four-bedroom detached house, unaware of its buzzy surprise.

They quickly discovered that 160,000 bees were living in a 15-foot-long hive in the chimney.

Originally, the couple says they were told removing the bees would cost over $3,700, but a nearby beekeeper offered them a lower price to relocate the bees to a farm.

A professional beekeeper was brought in to remove the bees without harming them. (SWNS)

Peter Clarke, a professional beekeeper, told SWNS, “I’ve not seen anything like this in the seven years since I’ve been doing this. When I pulled away the first five or six bricks inside the chimney and saw all the honeycomb, larvae and eggs, it was an amazing feeling.”

He explained the removal process, saying, “I have been using a hoover to suck the bees out. I developed it a while ago. Basically it’s a box I’ve put on the back of the vacuum cleaner and the bees go straight into the box so they can be safely transported. I’m always very careful with the bees. If I even accidentally kill one it breaks my heart.”

He said that he’s “expecting to collect more than 160,000 bees from this site, which is a record for me. The bees are protected creatures but if they are causing harm or distress it’s legal to spray them and kill them. I hate the idea of that so I just need to find the queen to ensure the hive will survive.”

The chimney had reportedly been boarded up prior to the house being sold. (SWNS)

According to Clarke, the couple bought the house as-is and planned to do renovations. They apparently had no idea about the bees until a neighbor asked them what they were going to do about the problem.

“It was the first they’d heard about the bees but when they went inside the living room was swarming with thousands of them,” Clarke said. “Apparently the previous owner had just bricked up the fireplace without telling anyone about the swarm. I agreed with the couple to relocate them for a discounted rate. I’ve managed to get the bees moved to several hives at a farm nearby.”