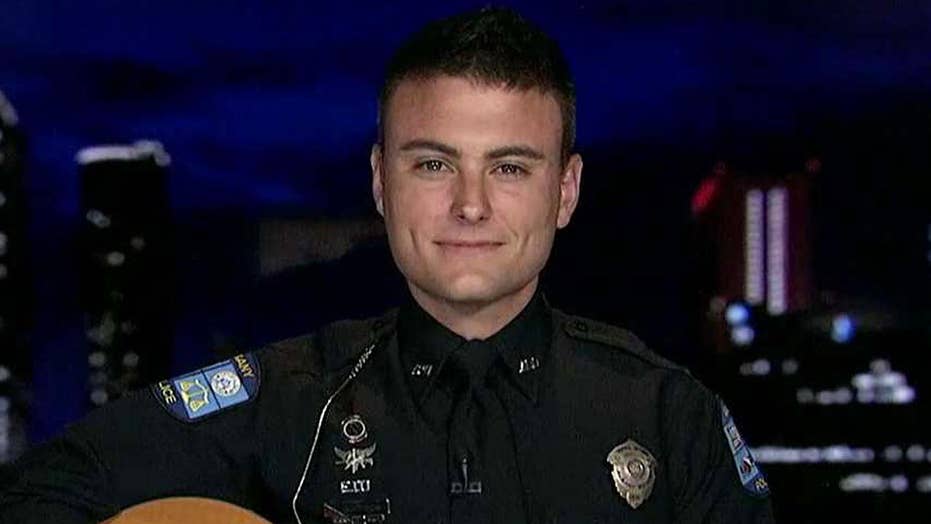 A Georgia police officer has gone viral after someone shared a video of him playing guitar and singing with the public while on duty.

Travis Goodson of the Albany Police Department told Fox News he wanted to try and spread positivity any way he could think of. This included not only singing with his fellow citizens, but also hugging strangers, which he’s calling the #HugACop campaign.

“Over the last couple months, there have been a couple things going awry in the news, so I just wanted to spread some positivity,” he said on “Fox and Friends” Friday morning.

“Along with my normal duties of walking downtown, I just wanted to start something positive. I said, ‘what if every day I gave a hug to a complete stranger and what a difference that would make in the United States right now.’”

As for the viral video, Goodson said it started out as a simple conversation with a group of people, but turned into a night of singing.

"I saw a couple people downtown and went and fellowshipped with them," he told WTXL. "And after a couple minutes or so, he allowed me to play on his guitar and someone caught that moment on camera. It was beautiful."

The video, which was posted to Facebook by Reka Young on April 1, had over 126,000 views and nearly 2,000 shares as of Friday afternoon.

He’s hoping his campaign will spread outside his Georgia town and across the country.

"I had a message today from someone in Maryland. Someone I have never met before who wanted to share positivity about the community policing here in Albany. If that could be carried forward throughout the United States, I would be extremely happy," Goodson told WTXL.