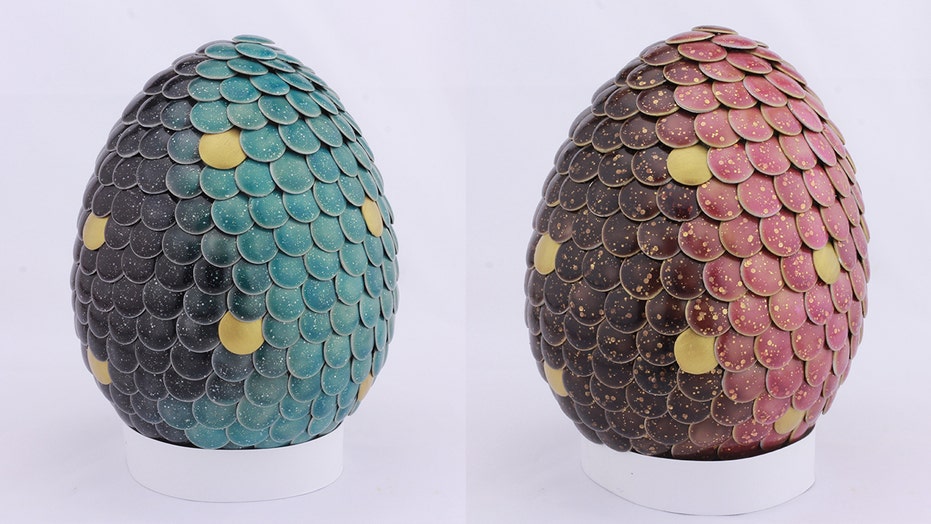 If you’re still too hesitant to name your children after Olenna Tyrell or Ellaria Sand – as more and more parents are actually doing – there’s at least one other way to prove your “Game of Thrones” fandom through the use of your unwitting child.

It would seem that more and more parents-to-be are staging “Game of Thrones”-themed gender reveal parties to announce the sex of their unborn babies, judging by social media. And while some still opt for the classic cake reveal (blue cake for a “khal” or pink for “khaleesi,” etc.), others take things a step further.

The online retailer behind Risen Son Creations tells Fox News that demand for her handmade gender reveal dragon eggs – which change color to red or blue when heated, and also closely resemble the eggs given to Daenerys Targaryen in the show’s first season – has risen by as much as 750 percent in the months leading up to Season 8’s debut.

“I have seen an increase in sales during the last two months and it may be related to ‘GoT’ being back on the air,” said Carol, the creator of the gender-reveal eggs, to Fox News in late March.

In addition to the color-changing eggs, couples have also shared photos of their cake-based, balloon-based and even dart-based “GoT”-themed gender reveals from 2019 and years past.

One of the couples even announced that, in the event they were having a girl, the child would be named “Arya." (They did, and she is.)

And despite the inspiration for these reveals coming from a premium cable series that doesn’t shy away from violence, not a single reveal appeared to be nearly as tragic or controversial as some of the sillier reveals folks have shared in the past.