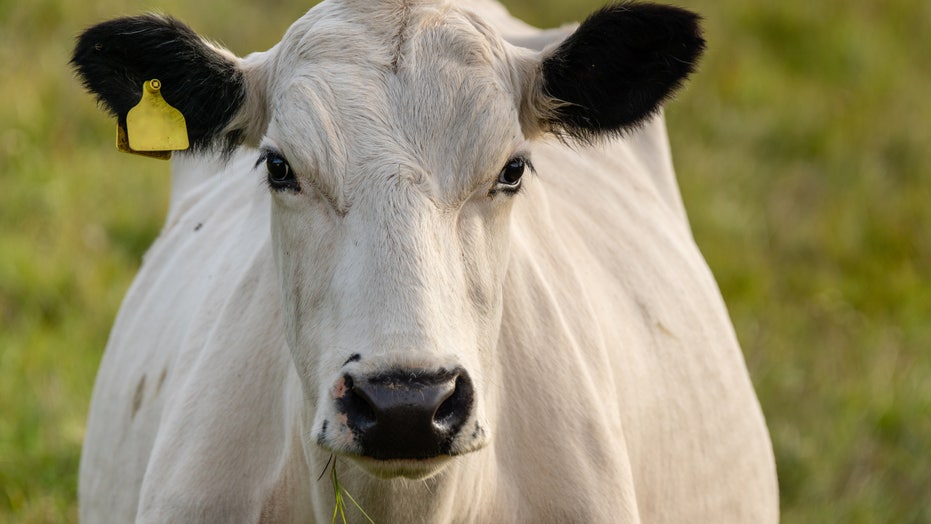 One Welsh farmer recently asked his girlfriend for her hand in moo-riage using his family’s prize winning cow, which he romantically painted the life changing question onto.

Last week, Sion Thomas surprised partner Alice Green when he popped the question by writing “Will you marry me?” in washable paint – with a heart! – onto his family’s shorthorn show cow Drysgol Darlington Cran, the Western Telegraph reports.

According to the outlet, Thomas felt that a marriage proposal involving the beautiful bovine would be uddlery perfect for the couple, both 24, as they live on a dairy farm.

“I wanted to take Alice to buy a ring so I thought I would do something a bit different to become engaged,” the groom-to-be told the Telegraph.

“At the time, Alice was just baking in the kitchen and then I walked past the window with the cow – she was pretty shocked.”

Green, meanwhile, burst into happy tears as soon as she saw the cow, Metro reports, and said yes.

The sweethearts, who met in their final year at Harper Adams University, plan to wed in September 2020. Thomas said they’ve been overwhelmed by the outpouring of kind messages they’ve received on social media in response to the proposal.

“I don’t think anyone in the community around here has seen anything like this before,” Thomas said of the sweet proposal. (iStock)

“I hadn’t told anyone beforehand, just my parents before this,” Thomas told the Telegraph. “I have had so many kind messages and my friends and family all thought it was wonderful.”

“I don’t think anyone in the community around here has seen anything like this before,” he continued.

Green’s fiancé was apparently inspired to stage the cattle-centric proposal after spotting a similar idea in the Farmers’ Guardian newspaper five years ago.

As for Drysgol Darlington Cran, the cow was safely treated with temporary spray paint used for tagging animals for her starring moment.