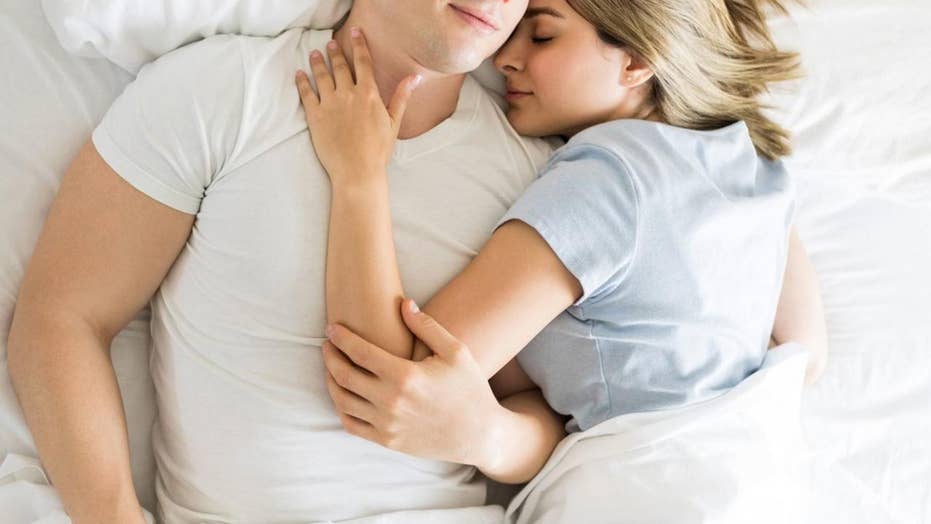 An Irish writer was surprised to get the frenzied Twitter reaction he received after expressing how he and his partner don’t have a fixed side of the bed as they regularly swapped what side of the bed each of them slept on.

An Irish couple has sent the internet into a frenzy after revealing a bizarre swap arrangement they adhere to in the bedroom.

Steve O’Rourke, a writer from Dublin, took to Twitter over the weekend after a casual conversation he had with some colleagues at work about what side of the bed each of them slept on.

When asked, O’Rourke explained that he and his partner Amy didn’t have a fixed side of the bed as they regularly swapped, news that seemed to upset his peers greatly.

WOMAN, 21, OPENS UP ABOUT SEX LIFE WITH 74-YEAR-OLD FIANCE

“We were just chatting in work and apparently it’s weird that Amy and I don’t sleep on the same side of the bed every night,” O’Rourke wrote on Twitter.

“Some nights I like to sleep by the window, some nights the door,” he added. “It’s not really that unusual, is it?"

Poor old O’Rourke certainly got an answer, because the tweet generated thousands of comments from total strangers, many of whom were irate that the couple dared to cross the invisible bed boundary. Some people even refused to believe O’Rourke’s story was real despite his constant assurance he was telling the truth.

A hashtag was created to #prayforsteve, while others said the news had caused them a great deal of anxiety.

Undeterred, O’Rourke plowed on, explaining that the couple even has a set of rules when they side swap.

He claimed the couple sometimes could go “days or weeks without swapping … And when we do swap, it’s rarely discussed, just whoever goes to bed first decides.”

But O’Rourke’s attempts to normalize the “swapper” lifestyle fell on deaf ears.

“But why? Everyone keeps saying it’s weird, but nobody has explained why,” O’Rourke responded. “You don’t have a side of the couch, or a set seat at the table.”

But  another user wouldn’t back down, saying that having a side of the bed was the natural order of things and shouldn’t be meddled with. Ever.

Others became concerned about the disastrous consequences of departing from their designated side of the bed, but O’Rourke promised “it’s never an issue”.

One person even produced a diagram, titled “Various Bedroom Configurations and Bed Orientations”, which detailed how they had swapped sides with their other half for nearly 40 years.

Unused to all the attention, O’Rourke expressed his astonishment the story had made waves across the world. “I’m used to being on the other side of the byline,” O’Rourke said. “As the dad of a [5 year-old] who wakes at 6.15 a.m. 365 days of the year, however people get their sleep is cool with me.”

Many people felt emancipated by O’Rourke’s brave story, rejoicing they could finally speak openly about their secret side swapping.

Others said they were open to exploring the uncharted terrain of the opposite side of the bed.

People have even turned O’Rourke’s experience into a household expression.

In the end, O’Rourke agreed to disagree with the rest of the world.

“Who knew people had such strong feelings on bedtime,” he said.