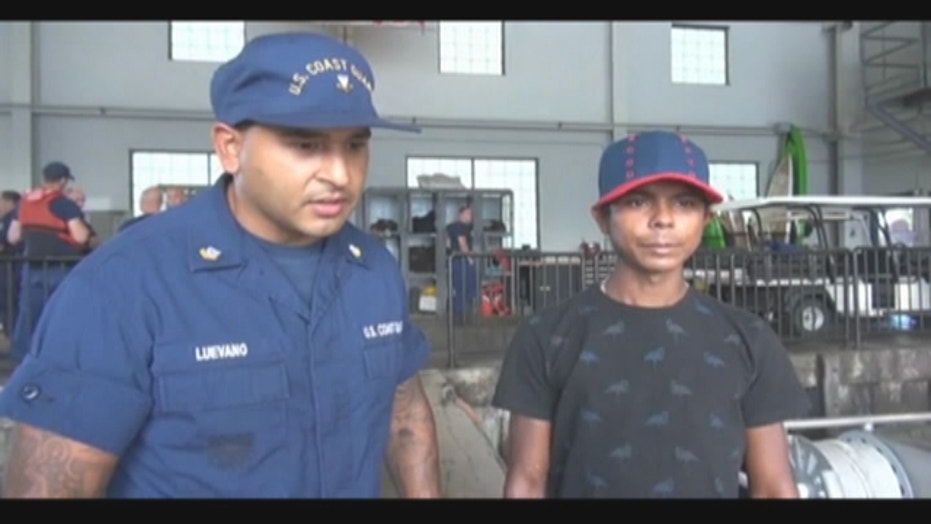 Colombian sailor stranded at sea for two months is rescued by the U.S. Coast Guard.

After watching three of his shipmates die, a 29-year old Colombian man was rescued after he was lost at sea for two months.

The unnamed sailor was rescued late last month in a desolate stretch of the Pacific some 2,150 miles southeast of Hawaii by a cargo ship, the Panama-flagged Nikkei Verde. He was later transferred to a Coast Guard ship and arrived in Honolulu on Wednesday.

The sailor told Coast guard officials that he and three companions had left Colombia more than two months ago to go fishing. When the engine of their 23-foot skiff allegedly failed, the four men were cast adrift and forced to eat seagulls and fish to stay alive.

The Colombian sailor was the only one who survived.

“This mariner had great fortitude and is very fortunate the crew of the Nikkei Verde happened upon him as the area he was in is not heavily trafficked,” Lt. Cmdr. John MacKinnon, Joint Rescue Coordination Center chief with the Coast Guard 14th District told Big Island News.

He added that the survivor was lucky to be found.

“The Pacific is vast and inherently dangerous and all mariners respect that,” MacKinnon said.

The bodies of the other three men were not onboard the ship, but the sailor was able to produce their passports.

“Thank God I’m alive, the man said, according to video provided by the Coast Guard. “I feel bad for what happened to my friends. I would have love for them to have survived as well.”

After he arrived in Hawaii, the man was handed over to the Colombian consulate. The Coast Guard said it was not investigating the incident since none of the sailors who died were American.