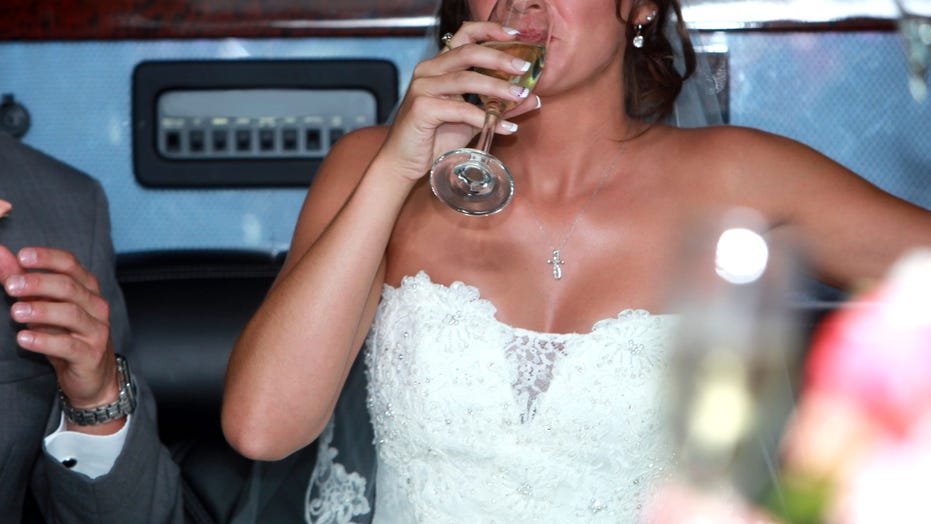 A bride with a burned behind tried to make the best out of the situation but just ended up being the butt of the joke.

A Reddit user posted the story to the site’s bridezilla forums, although this woman isn’t the typical bridezilla. She just seemingly didn’t realize that combining a burned butt and way too much alcohol on her wedding day was a terrible idea.

Reddit user MamaFreethinker posted the story, describing how the bride and groom set up a destination wedding at “a resort on the coast.” The trouble actually began before the wedding even started, however.

MamaFreethinker posted, “At the bachelorette party the previous weekend, the bride-to-be became so drunk that she leaned on a hot BBQ grill in nothing but swimsuit bottoms which melted and continued to burn her after she realized her mistake. So she had a 3rd degree burn on her ass.” Also known as “full thickness” burns, this is one of the most serious types of these injuries. They can take a very long time to heal, but the bride wasn’t going to let this stop her from having a good time at her wedding.

“Fast forward to the wedding reception,” the post continues. “The bride becomes phenomenally intoxicated once again. Every 10 minutes or so she runs into a guest and feels the need to retell the story, complete with lifting her dress to show off the wound. It got so bad that her new father-in-law figures out that keeping a drink in her hand at all times was the key to keeping the skirt down because lifting it up required both hands. She got even drunker.”

Apparently, combining a serious burn with copious amounts of alcohol wasn’t a great idea. Adding to the bride’s issues was the fact that the wedding had a cash bar. This caused people to run out of cash, leaving them unable to make donations to the honeymoon jar, further upsetting the bride, which apparently led to her drinking more.

BRIDE 'STEALS' BARTENDER'S TIP JAR, LEAVES HIM WITH JUST $20: 'THIS MAKES ME SO ANGRY'

The story concludes, “The last I saw her (the bride) that night was while passing by her room to my own. She was completely passed out on the bed, and her bridesmaids were unbuttoning the 100+ buttons along the back of her dress so they could all go to sleep.”

One user responded with a pretty smart observation, posting, “So the father-in-law was able to figure out that she had to have a drink in her hand to stop her from flashing people, but no one else thought to secretly give her non-alcoholic drinks?”

Another user wondered what the groom was up to while all of this was playing out, asking “Where’s the groom in all this? Bridesmaids help put on the dress. Grooms take it off. Either the groom is a flake, or was passed out drunk himself, in which that would have been worthy of being mentioned, or there’s something else missing from this story.”

It seems that, for many posters, the worst part of the whole wedding was the open bar/destination wedding combo. As one user put it, “The thing I'm most disturbed about is the fact that they had a cash bar and still expected people to do those silly games where you give cash to the couple. Personally, I think both are in bad taste alone, but together it's ridiculous.”

Another user simply stated, “In the case of a destination wedding, not acceptable.”