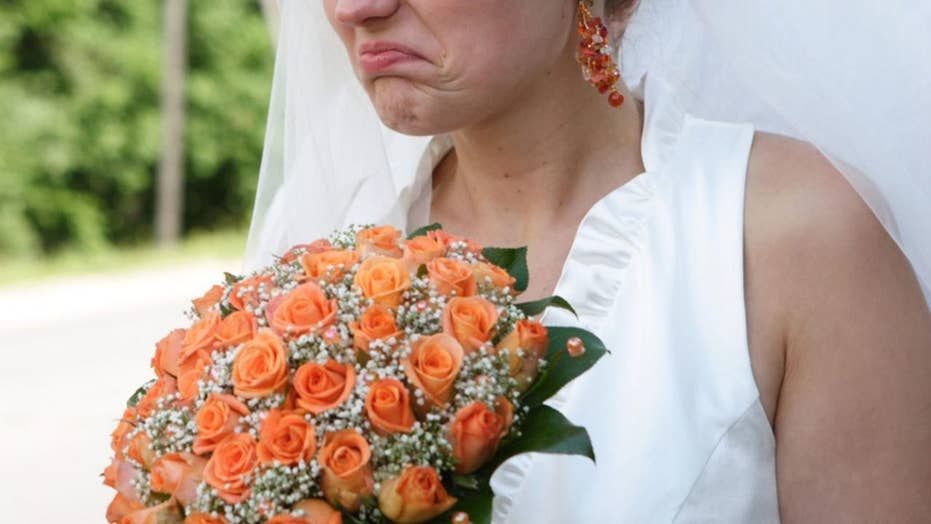 A bride reportedly asked a guest who wore his marines formal wear to her wedding to leave, stating that she felt like he only wore the uniform to ‘be in the spotlight.’

A bride has sparked a debate over her family member’s outfit choices — and her reported reaction to those choices.

The unidentified woman posted about the alleged incident on Reddit’s popular “Am I the A--H---“ forum, asking if she was in the wrong for kicking out the man for wearing his military uniform.

“The son of one of my husband's family friends showed up to my wedding in his marines formal wear, complete with all his medals. Now, I have nothing against anyone in the military but this was a black tie optional wedding and frankly it felt very out of place and it seemed like he was just trying to show off. My wedding had over 300 guests and nobody else felt the need to wear something to make them stand out,” the bride claimed in her post.

Though she stated, the man “of course was acting very well mannered and like a complete gentleman,” adding that “there were even a few excited teenage girls at my wedding who wanted to take a picture with him, to which he graciously agreed.”

However, the Marine’s popularity proved to be too much for the bride and she asked him to leave for stealing her thunder.

“Many people were thanking him for his service, and frankly it just felt like the only reason he wore that was to be in the spotlight and make it about him, which I don't think you are supposed to do at someone else's wedding. If he wants to wear that to his own wedding then fine, but the whole point of having a dress code at a wedding is so that no one guest will stand out too much,” she wrote.

The bride said she felt bad for her decision, but claims she “just didn’t feel right” having him there.

Those in the Reddit forum were split on who was in the wrong, concluding that “everyone sucks” in the situation.

“This is from a former Army Sergeant.

Him: Wearing formal military wear at formal civilian events is allowed per regulations (Army is AR 670-1, no clue for marines), but you have to be a special kind of a--h--- to wear it to a non-military wedding without specific permission of the couple.

You: He was rude. No question, but kicking him out of the wedding was a bit much. It's your special day, but you shouldn't forget that you play dual roles-- you are both the host and the one fêted,” one Redditor wrote.

“I want to add, sounds like a young Marine who's(sic) friends recommended he wear it because it is chick magnet. Marine Class As are probably the best looking out of all the branches. If he is young and right out of boot, money isn't flowing yet for him to rent a tux. But he definitely should have checked with the couple first,” another wrote. “As the bride, you did overreact.”

“It's formal military wear, but as a vet I can tell you that anyone who tries it in this situation is going to get the stink-eye from anyone whose(sic) ever served. This reeks of ‘thank me for my service’,” another serviceman wrote.

“Over 300 people. Guy is in military formal wear and was very well mannered.

No question you're an A. An over dramatic, self centred(sic) A,” one wrote.