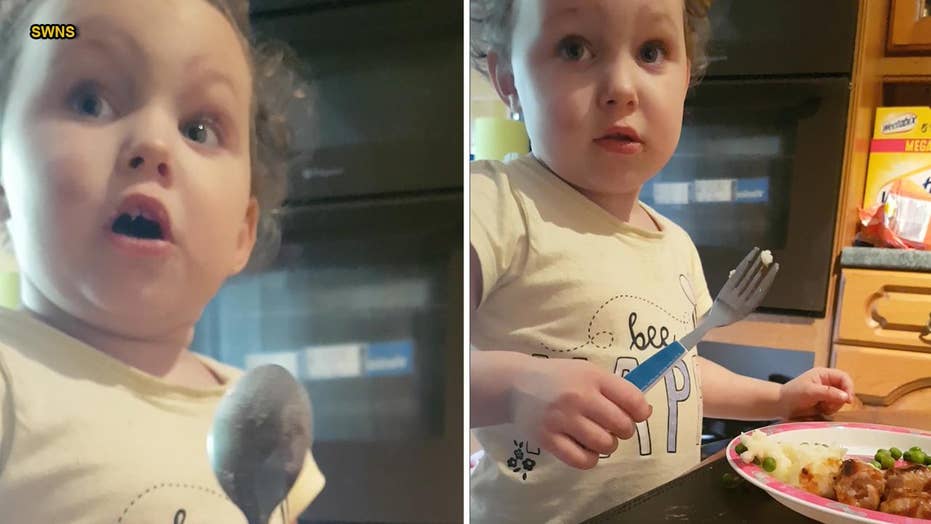 3-year-old's reaction to where sausages come from goes viral

When Brian Copeland of Glasgow, Scotland filmed his 3-year-old daughter Erin learning about the origins of sausages, the last thing he expected was for her adorable reaction to go viral on social media. 'We turn the pigs into sausages. The sausages are pigs,' he said at first, 'And then we eat them.' The explanation prompted Erin to inform her father 'that's not very nice!' The video has garnered over 500,000 views on YouTube.

Well, that got real.

A little girl in Scotland did not take the news well after her father told her sausages are made from pigs, and her adorable reaction has gone viral on social media.

Brian Copeland, of Glasgow, filmed as he talked to his then 3-year-old daughter Erin, who was eating sausages and mashed potatoes. During the meal, Erin asks her dad how sausages are made — and she gets a very real response.

Brian seems to fumble a bit while trying to figure out how to explain to concept to Erin, and then eventually tells the little girl that sausages are made from pigs using machines.

"We turn the pigs into sausages. The sausages are pigs," he said at first. “And then we eat them.”

The explanation prompted Erin to inform her father, “That’s not very nice!”

After her lesson in where food comes from, Erin tells her father she is “done” with the sausages and only wants to eat her mashed potatoes.

Brian uploaded the funny exchange to YouTube where it gathered over 500,000 views — and, according to Brian, pulled in mixed reactions.

"I was not expecting anything when I uploaded it, it was mainly for my mother. I uploaded the video onto Reddit and it just blew up! Lots of people loved it,” he told SWNS. "Some people are appalled by it, some think it's the right thing to do and find it really cute, and some people say I should show her the conditions some animals live in but I think she's a bit too young for that!”

Brian told the outlet his daughter is a bubbly little girl who is full of questions, and feels it’s his job to answer as accurately as possible.

"I love it when she asks questions, being a parent you get a lot of questions," he said. "But I don't think children should be shut down when asking questions,” Brian added.

Erin, now 4 years old, has since made amends with the fact that sausages come from pigs, as Brian confirmed she's back to eating pork.

"She eats them now but her favorite things are cucumbers and carrots!” the proud dad said.