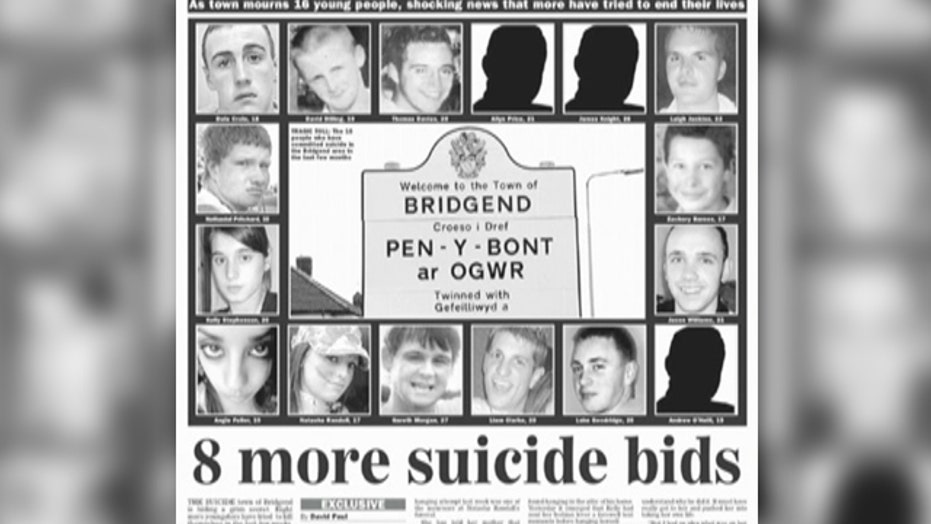 Film investigates rash of suicides in a small town

At least 25 percent of children and adolescents have suicidal thoughts at some point during their lives, but what causes a young person to attempt, and succeed, in taking his or her life requires a unique set of conditions. Conditions that drive suicide clustering— the instance of several consecutive suicides in a single window of time and space, and usually in one geographic region— are even more complex, psychologists say.

Suicide clustering, though less common than isolated suicide cases, has occurred numerous times throughout history, including in Japan, Germany, Australia, Canada and even the United States. In Japan, “suicide pacts” made over the Internet in 2000 reportedly led to at least 1,000 suicides by inhaling fumes from household cleaning products. In Del Mar, Calif., 39 members of the cult “Heaven’s Gate” also made headlines in 1997 after committing suicide simultaneously by using sedatives and vodka, and then suffocating themselves with plastic bags.

A unique and grim version of the phenomenon has re-entered the international spotlight this spring after a documentary on a now infamous British county, Bridgend— where 99 young people have committed suicide since 2007— was released on Netflix. In the U.S., suicide clustering is currently plaguing an Indian reservation in South Dakota, where media report that seven teenagers have killed themselves since December.

“We know that suicide actually is not contagious,” Nadine Kaslow, professor and chief psychologist at Emory University, and 2014 president of the American Psychological Association (APA), told FoxNews.com. “Contagion means you catch it. You don’t really catch it, but whether it becomes part of a culture, it looks like there are some examples that would suggest that’s possible.”

The Centers for Disease Control and Prevention (CDC) does not have a formal monitoring system for recording suicide clusters, but statistics suggest they account for between 3 to 5 percent of total suicides committed in the United States, said Alex E. Crosby, a medical epidemiologist in the division of violence prevention in the CDC’s Injury Center.

Kaslow said accurately recording single suicides alone is challenging as it is, as many families whose loved ones have committed suicide decline to share details and often don’t admit their family members’ true cause of death due to stigma.

Although the CDC does not track suicide attempts in particular, in 2013, about 494,170 visited a hospital for injuries due to self-harm behavior, which suggests that about 12 people harm themselves for every reported death by suicide, according to the American Foundation for Suicide Prevention. Suicide as a whole is the tenth leading cause of death in the U.S., killing more people than any other cause of injury, including car crashes.

In South Dakota on the Pine Ridge Indian Reservation, few weeks will pass without a suicide attempt, suicide-prevention workers in the region say. Between 16,000 and 40,000 members of the Oglala Sioux Tribe live on the 2 million-acre reservation, one of the largest in the United States. According to the Star Tribune, almost 1,000 suicide attempts were recorded on the reservation between 2004 and 2013. Tribe members attribute the epidemic to sparse job availability and destitute living conditions.

While suicide clusters like the aforementioned in Japan and California can be traced to a concrete source— suicide websites and a specific cult’s rituals, respectively— popular theories that explain why the consecutive suicides in Bridgend have occurred span from seasonal affective disorder to a sense of malaise among the population.

In Bridgend, a community located two hours outside of London, most of the young people who have killed themselves have done so by hanging. The documentary “Bridgend” details the grim turn of events: family members, friends, classmates participating in a cult-like cascade of deaths for reasons unexplained.

As media reports circulated worldwide in the years following the beginning of the epidemic, suicide rates in Bridgend continued to climb. That trend instilled fear in the community, prompting a gag order on Parliament, a media embargo, and talking restrictions on police— mechanisms imposed to try to prevent further injury, but efforts that ultimately increased the stigma of suicide, said “Bridgend” director John Michael Williams.

“Suicide is epidemic now,” Williams told FoxNews.com, “so clearly this theory of let’s not talk about it, of copy cats, that it will put suicide in people’s minds— I think it’s bulls***. You sweep it under the rug, and you end up with a lumpy rug.”

Some studies have speculated that the way media report suicide may glamorize the act and promote imitation suicide behavior, but most experts, including Kaslow and Crosby, say not talking about suicide ultimately prevents people who need help from coming forward.

“People have a lot of feelings after someone dies,” said Kaslow, of the APA. “And the more those become silences, secret or stigma, the less likely people are to cope with their distress and worry and fears. Unfortunately, death by suicide can pull a family or community apart.”

“We’re living in very trying times and very difficult times,” Annecy Baez, an associate professor of social work at the Touro College in New York, told FoxNews.com.  “We need to educate people on seeking help sooner, and we need to create communities where there’s better awareness.”

Baez, who has been a clinical social worker for 30 years and has counseled suicide patients, said preventing suicide requires being able to spot warning signs, and that preventing suicide clustering specifically requires communication and having response teams in place when suicides do occur. Those fleets, which can consist of counselors and therapists, are already established at most U.S. colleges, but communities can also create them with teachers, parents, law enforcement officials and crisis center counselors.

According to the CDC, suicide warning signs include a family history of suicide, a history of depression or other mental illness, a history of alcohol or drug abuse, a stressful life event or loss, as well as exposure to other people’s suicidal behaviors. Among those teens who commit suicide, four out of five will present clear warning signs.

“Even if there’s some clustering effect, I don’t think you do it just to do it,” Kaslow said. “The people who [commit suicide] are struggling in their own way whether its depression, substance abuse or anxiety, or difficulty dealing with the stress of whatever’s going on in their life, loss or abuse or whatever. I think that the presence of a suicide in a community is only one of the risk factors.”

Each year, more than 39,000 Americans take their own lives, and in 2013, suicide rates were highest among people ages 45 to 64, according to the CDC. But with regard to suicide clustering, historically, youth appear to be especially at risk.

“They (suicide clusters) tend to occur among adolescents and young adults,” said Crosby, of the CDC. “We rarely see them among middle-age adults or older adults.”

Studies show the brain does not fully develop until a person reaches his or her mid-20s, and youth have been known to be especially impressionable and unable to regulate their emotions to the extent that adults can.

In Bridgend, in some instances after young people committed suicide, those people’s friends would add memorial pages on the social networking site Bebo. But then, many of those people ended up taking their lives, too. Those memorials have since been removed from the site.

As a social worker, Baez said she has seen how modern technology in general— and especially social media— can exacerbate the mental wellbeing of young people and sometimes impact suicidal thoughts.

“Young people are more exposed in the sense that on Facebook they see these lives that are so amazing, and think their life is not quite there. But they don’t know that people put their best face forward,” she said. “So it’s not a real picture, but it doesn’t matter—that’s how people see it, and there’s a lot of comparison, and [the thought of] ‘Am I living up to these specific standards? Do I look the right way?’”

“But the individual has to have a risk there … people don’t commit suicide without a previous psychiatric disorder,” she said.

Williams said while filming “Bridgend,” he had to persuade every single family who appeared on camera to open their door and speak to him. But, when they did open their mouths, “it was like opening a dam,” he said.

“They needed to talk about it. They couldn’t keep it in,” he said. “And I think it was almost cathartic for them. Arguably, it’s their greatest life event or trauma— you don’t talk about it, and they are somehow supposed to keep it under-wraps? I think they had the feeling by and large that they would do anything to spare someone else the agony they were going through. I have never in my life felt such palpable grief.”

In the immediate years following the beginning of the Bridgend suicide cluster, charities began rolling out suicide-intervention training in schools and colleges. Many media outlets attributed the epidemic to a lack of suicide prevention strategy in Great Britain.

But most experts agree that those prevention systems, regardless of whether they are in place, can only be effective in the absence of stigma.

Baez said she wishes suicide could be treated like substance abuse disorders, and have support groups like Alcoholics Anonymous (AA) at youths’ disposal when a suicide occurs or for anyone who thinks of acting on suicidal thoughts.

“It’s not diabetes or cancer, so there is a stigma,” she said. “I wish it could be seen like other issues.”

“Bridgend” director Williams referenced actor Robin Williams’ death in August and recalled that within an hour, media reports swirled that the actor’s suicide was the result of money and career problems.

“Nobody could believe that maybe he was just at the end of it,” John Michael Williams said. “We live in a country where [if] you break your leg or get cancer, you can get treated, but if you lose a loved one or you’re really devastated, the ability to be treated is hard and is looked down upon as a weakness.”