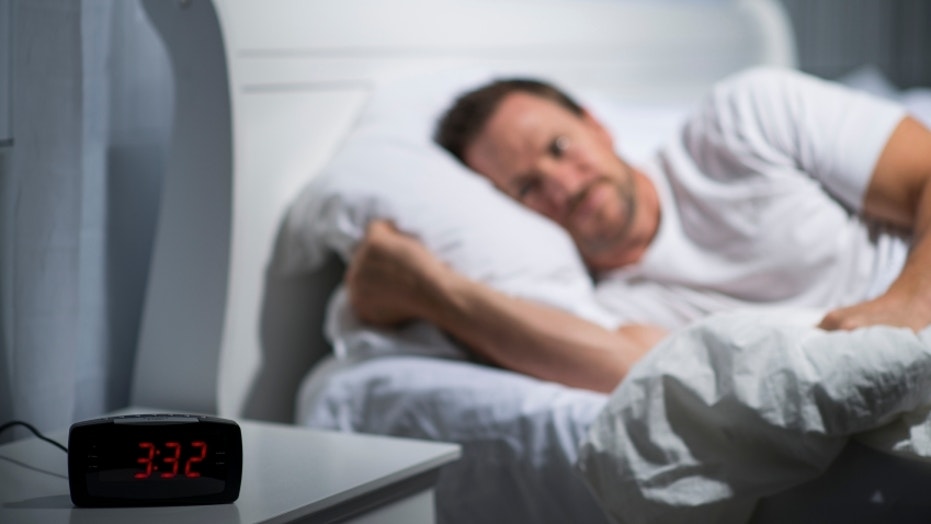 Plant to give you a better night’s rest

Q&A with Dr. Manny: I’ve heard that there are plants that will actually help you sleep better – is this true?

WASHINGTON – Tossing and turning night after night? Don't automatically reach for the pill bottle. New guidelines say the first choice to treat chronic insomnia should be cognitive behavioral therapy — a way to condition your body to slumber again.

It takes more time and effort than popping a pill, but the American College of Physicians said Monday the method known as CBT can be effective and doesn't carry the side effects of medication, a recommendation intended to spur primary care doctors to prescribe the step. If it doesn't work, then doctors could consider adding a drug.

"Prescribing a sleeping pill is not the desirable first step," said the group's Dr. Thomas Tape, chief of general internal medicine at the University of Nebraska Medical Center. Yet for many primary care physicians, the behavioral approach "wasn't really on our radar screens," he said.

There are challenges, including finding health workers who are trained to deliver CBT for insomnia. Nor is it always covered by insurance, notes an editorial published along with the recommendation in Annals of Internal Medicine. Here are some things to know:

Adults ages 18 to 60 are supposed to sleep at least seven hours a night for good health. Cheating sleep can increase the risk of health problems from high blood pressure to obesity to fatigue-caused car crashes.

People often get too little sleep because of lifestyle or job circumstances. That's different than trying to sleep and failing. Many bouts of insomnia that last several weeks to a month or two come about because of stress or an illness.

But between 6 percent and 10 percent of adults meet the criteria for an insomnia disorder: They suffer daytime problems because of difficulty falling asleep or staying asleep at least three nights a week for three months or more, and it's not explained by some other disorder. It's more common among older adults and women.

WHAT IS COGNITIVE BEHAVIORAL THERAPY FOR INSOMNIA?

It's far more than sleep hygiene, those common-sense tips to keep the bedroom dark and cool and avoid too much caffeine. It's all about reconditioning a brain and body away from now-habitual tossing and turning and back to normal sleep patterns, said Duke University clinical psychologist Meg Lineberger. A certified behavioral sleep medicine specialist, she wasn't involved with the new guidelines but hopes they increase patients' access to care.

HOW DOES IT WORK?

The hardest step is so-called sleep restriction. Say you average 5.5 hours of sleep a night — better some nights, worse others. Tack on an extra half-hour, and then count back the resulting six hours from the time you have to wake up. If the alarm goes off at 6 a.m., then midnight is the prescribed bedtime.

Staying up that long builds the body's natural drive for sleep so that once in bed, patients slumber right away, Lineberger explained. Gradually, patients move to an earlier bedtime.

They also undergo a variety of other steps. For example, just as dieters might be told to eat only at the table and never in front of the TV, it's important to strengthen the brain's expectation that bed is for sleep. If you can't fall asleep, don't read in bed — get up and go to another room to read until you're drowsy and ready to try again.

A variety of prescription sleep medications are available but a scientific review published in Annals Monday concluded they're best used for shorter-term insomnia, as use beyond four to five weeks hasn't been well studied.

The new guidelines said when insomnia becomes chronic, there's not enough information to directly compare medications and CBT — but that starting with the behavioral approach avoids medication side effects, some of which can be serious.

Indeed, after reports of sleep-driving and other semi-awake activities, the Food and Drug Administration in recent years lowered recommended doses of Ambien, Lunesta and related drugs, saying they could linger in the bloodstream long enough to interfere with activities that require alertness after the person wakes up.

Still, the new guidelines say if CBT alone isn't working, doctors should discuss with patients the pros and cons of adding a medication to the continuing behavioral therapy.

IT'S NOT A QUICK FIX

The American Academy of Sleep Medicine is a source for sleep specialists. But Duke's Lineberger said other health professionals, such as nurse practitioners or social workers, can learn to perform CBT for primary care offices, freeing specialists for the toughest cases.