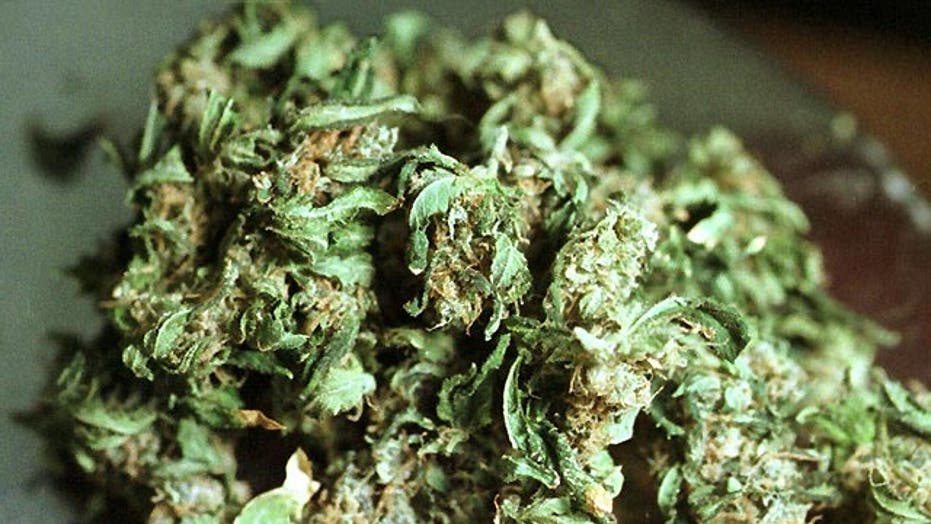 Two recent deaths and increased emergency room visits in Colorado have highlighted concerns about the safety of legal marijuana edibles.

Dr. George Sam Wang of Children's Hospital Colorado says part of the problem is that the effects of edible marijuana begin more slowly than smokeable pot, though they tend to last longer.

"One of the dangers that we've been seeing with adult recreational retail use is they'll take the recommended dose, wait, feel no effects and then continue to stack doses. Then before they know it they have a pretty large amount in their system and then they get potentially pretty severe effects," he said.

Investigators say that appears to be what happened to Levy Thamba, a college student from the Republic of Congo who had never tried marijuana before. Friends say he ate the recommended dose of one-sixth of a marijuana-infused cookie on March 11. When he felt no effects he ate the entire cookie: six times the recommended dose. He later became irrational and jumped off a hotel balcony to his death.

In an autopsy report, the Denver medical examiner concluded that Thamba's death was an accident and listed "marijuana intoxication" as a contributing factor.

"The edibles industry is huge," points out Colorado state representative Jonathan Singer. "About 40 percent of the marijuana industry is in edibles."

"Edibles are a huge part of our business," agrees Jamie Perino, owner of Euflora, situated on Denver's 16th Street Mall and a popular tourist destination.

"Because there's no place for visitors to come and enjoy smoking recreational marijuana  - it's illegal to smoke pot in public or in hotels - edibles are probably at least 50, if not on some days 70, percent our sales."

Edibles range from marijuana-infused mints, to candies, baked goods and beverages. Their popularity seems to have taken everyone - lawmakers, health officials and the industry itself, by surprise.

State law requires the products be sold in child-proof packaging and labels show the amount of the psychoactive ingredient THC they contain.

Wang says that in 2009, 2010 and 2011 combined, Childrens Hospital had 14 children come to their ER for marijuana intoxication. Last year alone, that number rose to eight cases and they have had eight more cases in just the first few months of this year. Six of those required admission to critical care.

Most of the kids are toddlers, and symptoms vary depending on the size of the child and the amount of marijuana in their system. "Symptoms range from sleepiness to where we've had kids actually getting breathing tubes to help them breathe and put on a ventilator."

Singer is co-sponsor of a bill that would require pot edibles to be instantly recognizable, even when out of the packaging.

"Whether it's a stamp or a symbol or a shape or a universal color, there should be something that's easily recognizable to both parents and kids so everyone knows what they're putting in their mouth."

Perino and many others in the industry think that is going too far. "I mean it really is a strong industry and has many strong points and to have it over regulated, and have things shut down before it's even started, would be a sad thing to see," he said.

Perino believes parents need to be responsible for keeping these products away from their kids. She also believes much of the concern is overblown due to recent media attention on cases like that of Kristine Kirk, who was shot and killed by her husband Richard on April 14.

At the time of the shooting, Kristine Kirk was on the phone with a 911 operator she had called to report her husband was "totally hallucinating." Police say Richard Kirk had purchased marijuana-infused candy earlier in the day, al he was also taking prescription medication. Kirk faces a first-degree murder charge and the case is still under investigation.

"It's really unfortunate two people have lost their lives," Perino says. "But I think that people have been waiting for something to happen so they can say, 'Oh look how bad marijuana is.' But let's look at the alcohol related deaths since January 1 in Colorado (when recreational marijuana became legal). How does that stack up?"

Perino says she and her employees take very seriously the task of educating customers about the effects of marijuana, especially the edible kind. "We recommend ten milligrams to start, especially if they've never done them before. We tell them to wait at least 45 minutes if not an hour to see how it's going to affect them before they ingest any more."

Singer, one of only two state legislators to publicly endorse legalizing marijuana, says education is critical but more needs to be done. "When you have edibles that are shaped like gummy bears or lollypops or lemon drops we need to make sure there is something clear on there that clearly identifies it as not for child consumption," he said.

He maintains his bill, which passed the Colorado House unanimously and is now in the hands of the Senate, is also good for the industry.

If the bill becomes law, the state's Marijuana Enforcement Division of the Department of Revenue will be tasked with deciding exactly how marijuana edibles will be required to look to make them instantly distinguishable from the products they mimic.