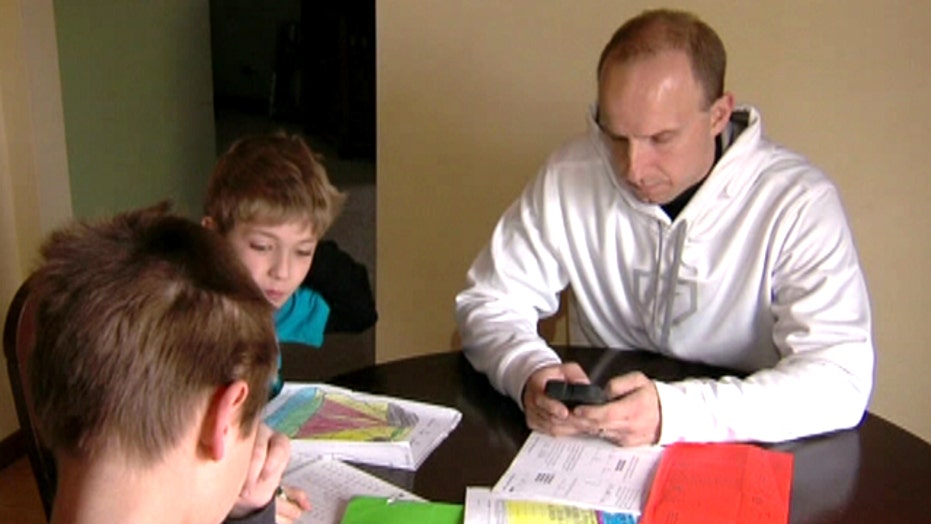 Study: One third of parents constantly on mobile device

About one in three parents use their mobile phones nearly nonstop while eating at a restaurant with their young children, a new study suggests.

Researchers observed that when parents were almost constantly engrossed in their phones, kids tended to act out, although some kids also seemed to accept the lack of attention and conversation, and entertained themselves, the researchers found.

"Caregivers who were highly absorbed in their devices seemed to have more negative or less engaged interactions with children," said lead author Dr. Jenny Radesky, who specializes in developmental behavioral pediatrics at Boston Medical Center.

This is the first study to look at how adults are using mobile phones around children and how kids react to this use. The researchers wanted to describe parents' common patterns of mobile use as a first step toward understanding how this behavior affects parent-child interactions and child development, according to the study.

This is a tricky topic to study, Radesky said. "Mobile device use is harder to measure than [use of] 'traditional media' like TV, because these devices can be used in so many different ways and are instantly accessible." [9 Odd Ways Your Tech Devices May Injure You]

The findings are published online Mar. 10 and will appear in the April issue of the journal Pediatrics.

Borrowing a technique from anthropology of observing people's behavior in real-life settings, the researchers wrote up 55 detailed observations of caregivers and children ages 10 and under eating in fast-food restaurants in Boston.

Neither the parents nor the children knew their behavior was being watched by a trained observer who was sitting at a nearby table taking detailed notes.

"This allowed us to record absolutely everything taking place during a family's meal -- the positive and the not-so-positive things related to device use," Radesky told LiveScience.

These observations showed that 73 percent of adults in the study used a mobile device during their meal.

But the degree of use by caregivers varied, and five main usage patterns emerged from the findings: They included parents who never took the device out, those who placed it on the table but didn't use it, as well as adults who had brief periods of use, continuous use at the end of a meal, or near constant use throughout the meal.

The researchers also observed that children were almost always curious about what adults were doing on their devices.

A large segment of caregivers in the study appeared to be more absorbed in their gadgets than their children.

Adults who were the most engrossed spent nearly the entire meal typing or swiping the screen rarely looking up to check on their kids or talk to them. Parents who talked on their phones typically had an eye on their child, the study found.

About 15 percent of caregivers took out their phones at the end of their meal while children were still eating and used it almost constantly from that point on, often because they seemed bored, the researchers noted.

The results suggest there may be healthier styles of device use, such as brief or occasional use or sharing the device with a child to look at a picture or video, that are more supportive of parent-child interactions, Radesky said.

But she also added, "there may be reason for concern that a parent's excessive device use can lead to less positive and less sensitive interactions with children."

The results are "an initial descriptive look into a complicated topic," Radesky said. She offered these tips to parents to promote healthy family interactions: