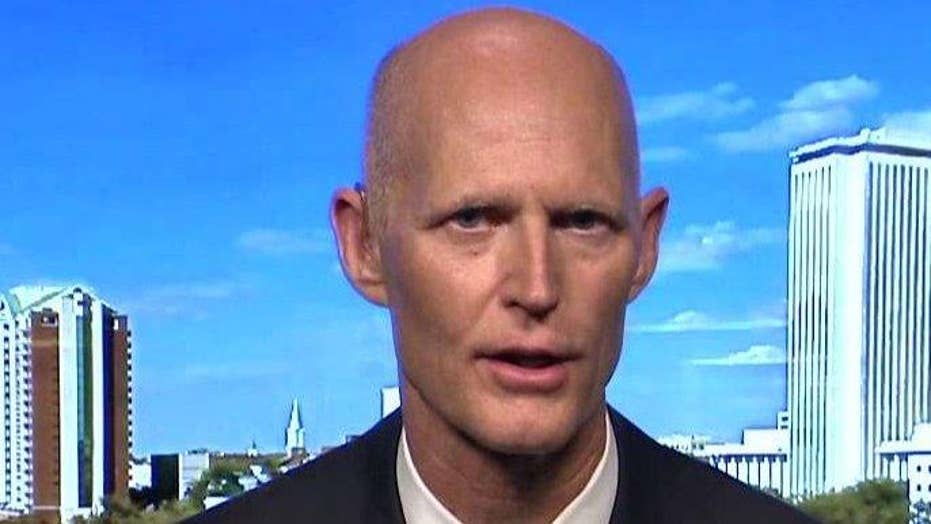 As health officials fight to suppress a rising number of Zika virus cases in Florida, scientists with the National Institutes of Health (NIH) are working to identify a vaccine candidate that could offer a solution for all. Their main goal: concocting a live attenuated vaccine that would contain enough of the virus’ properties to elicit a protective antibody response, but to a weak enough degree that the virus itself could not be transmitted sexually among humans, or, through blood via mosquito bites, to the main vector itself.

Those risks make nailing the right formulation crucial because, unlike other illnesses for which these vaccines have been created, like the seasonal flu, Zika resides in several bodily fluids of infected individuals, and many of the virus’ effects remain mysterious. For example, scientists still don’t know how and when during pregnancy Zika can cause birth defects, nor do they know its relationship with Guillain–Barré syndrome, a condition that causes paralysis and that some research suggests may impact 1 in 5,000 people, particularly those over age 60, who get Zika.

“There are definitely some unique features of Zika, and Zika vaccines— particularly live attenuated vaccines— that we’re going to have to be aware of when we do these trials,” Dr. Anna Durbin, an international health professor at Johns Hopkins’ Bloomberg School of Public Health, who will lead the forthcoming clinical trial of the vaccine beginning around December, told FoxNews.com.

In the next few months, Durbin is slated to receive a candidate vaccine from the NIH that she and her team will use to study whether the vaccine is inducing immunity to Zika in humans. Next, they will begin the trial’s human challenge portion, wherein participants will be vaccinated, and about six months later injected with the Zika virus to test whether the candidate is effective. The final vaccine likely won’t be ready for another couple of years after rigorous testing is complete.

Dr. Stephen Whitehead, a senior associate scientist at the NIH’s lab of infectious diseases, is leading the research on identifying a preliminary candidate vaccine by building upon previous research of dengue fever, an infection that causes annual clusters of illness in U.S. states with warm weather. Zika and dengue belong to the family flaviviruses, and they are primarily mosquito- and tick-borne. Ideally, the developing vaccine would protect against Zika and dengue.

“We see it as something we can do to kill two birds with one stone,” Whitehead told FoxNews.com.

During preclinical work, Whitehead’s team is studying whether certain vaccine candidates can be transmitted among mosquitoes. They also plan to study how they are excreted in blood, urine, saliva and semen in monkeys.

“When they start to evaluate vaccine candidates, they compare the vaccine to the wild-type virus in nonhuman primates to show that the vaccine actually is a weakened form— that it doesn’t grow as well as the wild type,” said Durbin, who has long worked with Whitehead’s team to develop the dengue vaccine.

“When the live attenuated vaccine is tuned just right so that it doesn’t cause illness and it can’t be transmitted by mosquitoes and things like that, then growing that vaccine for manufacturing is relatively inexpensive,” Dr. Barney Graham, deputy director of the Vaccine Research Center at the National Institute of Allergy and Infectious Diseases, under the NIH, told FoxNews.com. “It’s something that already has a track record that it can be turned into millions and millions of doses for global distribution.”

Graham’s team is one of two worldwide that has begun developing a Zika vaccine that uses DNA to create an antibody response and protect against the virus. The other is Inovio Pharmaceuticals, which U.S. regulators granted approval for a human trial in June. DNA vaccines don’t use live attenuated versions of the virus at hand, but rather they contain expressed genes from a circular piece of DNA from the virus.

Although they are proven to work in scientific models and are quick to design, compared to live attenuated vaccines, DNA vaccines are more difficult to mass-produce.

“That part of the DNA vaccine process hasn’t been done before,” Graham said. “We don’t have a biological risk; we have more of a manufacturing and execution risk on the backend.”

Durbin said that after media began reporting on the human challenge portion of the clinical trial last week, as of Friday, she had received at least 20 emails from interested participants. Her team won’t begin formal recruitment until October or November. Patients in clinical trials often receive payment for their participation, and while Durbin expects some people may be enrolling in the Zika trials for that reason alone, she believes others are already raising their hands for more altruistic reasons.

“We saw this with HIV vaccine trails as well. People see the devastating consequences of Zika in pregnant people, and from news reports they know there’s a lot of knowledge we need,” she said.

For the clinical trial, Durbin is aiming to enroll 20 participants to receive the vaccine and eight people to receive a placebo. Based on potential Guillain–Barré syndrome risks, their age range will likely be 18 to 50. Individuals who are immunosuppressed or pregnant, as well as those who report they or their partners are trying to conceive, will be excluded. Those parameters are based on what research suggests Zika can do: In most healthy individuals, the virus causes mild symptoms, but during pregnancy, it can cause children to be born with severe birth defects, including microcephaly and possibly a rare joint disorder.

Durbin said scientists likely won’t have all the answers to questions about Zika by the time clinical trials begin.

“What we try to do is to educate the volunteer to the risk that we know,” she said, adding that participants go through several rounds of written and vocal comprehension evaluations to ensure they’re mentally sound and aware of the risks in a clinical trial. If a participant develops serious side effects as a result of getting the vaccine, researchers would tend to his or her hospitalization.

For those who do wish to enroll for superficial reasons, payment comes at no small price: During the human challenge model, patients must remain in an inpatient unit for 12 days to reduce the risk of transmission by mosquito or sex, and so researchers may observe their symptoms, as well as secretion of the virus in their blood, urine, semen, vaginal secretions, and saliva. After that, patients must agree to be observed every other day for about a week, as well as periodically over the subsequent months. Durbin and her team haven’t yet set the exact follow-up timeline for Zika.