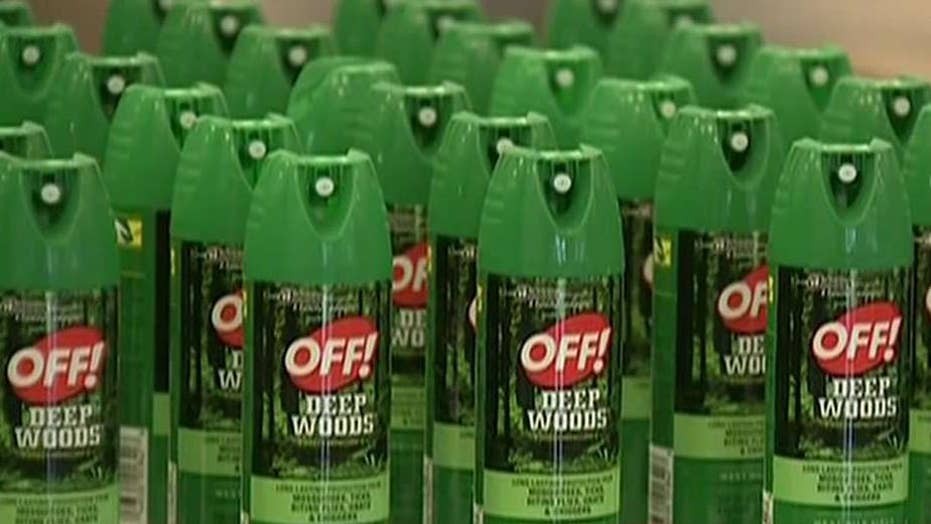 Florida students given bug spray to prevent spread of Zika

As officials scramble to contain an outbreak of the Zika virus in two Miami neighborhoods, the 6,000 students who attend nine public schools in those outbreak zones returned to school Monday to begin their first day of classes. The Florida Department of Health distributed free bug repellent at Miami Beach Senior High, and Miami-Dade County public school district handed out protective clothing to students who needed it.

“We want to make sure that folks are not bitten by mosquitoes and that the children have all of the information that they need,” Florida Department of Health spokesperson Lilian Rivera said, according to 7 News Miami.

On Monday, Florida Department of Health staff will be at schools in the identified areas of local transmission to address questions parents may have and to distribute mosquito repellent and educational materials to families.

Florida is the first state is in the U.S. mainland where health officials determined mosquitos were transmitting the virus. Officials have now confirmed 36 cases of locally transmitted Zika virus in the Wynwood Arts District and South Beach areas. Florida Gov. Rick Scott was set to tour Jose de Diego Middle School in the Wynwood Arts District, the first neighborhood in Florida identified as a site of local Zika virus transmission.

Miami-Dade county officials and business leaders are confident South Florida will retain its status as a world-class tourist destination.

Miami Beach Mayor Philip Levine said during a news conference Friday afternoon that the Zika reports certainly aren't ideal for the region’s $24 billion-a-year tourist industry, but he expects the long-term impact to be relatively minor. He said city workers are trying to get rid of standing water and foliage that might attract the virus-spreading insects, while the county begins a fumigation program to kill the bugs.

"Between our efforts and the county's spraying efforts, the last thing I'd ever want to be on Miami Beach is a mosquito," Levine said.

A National Institutes of Health official said Sunday that the Zika virus could "hang around" the United States for a year or two.

Dr. Anthony Fauci told ABC's "This Week" that other Gulf Coast states, besides Florida, are most vulnerable to the spread of the disease.

"I would not be surprised if we see cases in Texas and Louisiana, particularly now where you have the situation with flooding in Louisiana," said Fauci, director of the National Institute of Allergy and Infectious Diseases. "There are going to be a lot of problems getting rid of standing water."

On Friday, Florida health officials confirmed five new Zika cases in the tourist hotspot of South Beach and the Centers for Disease Control and Prevention (CDC) issued a warning to pregnant women not to travel to the area. The state’s total number of non-travel related Zika cases is 36.