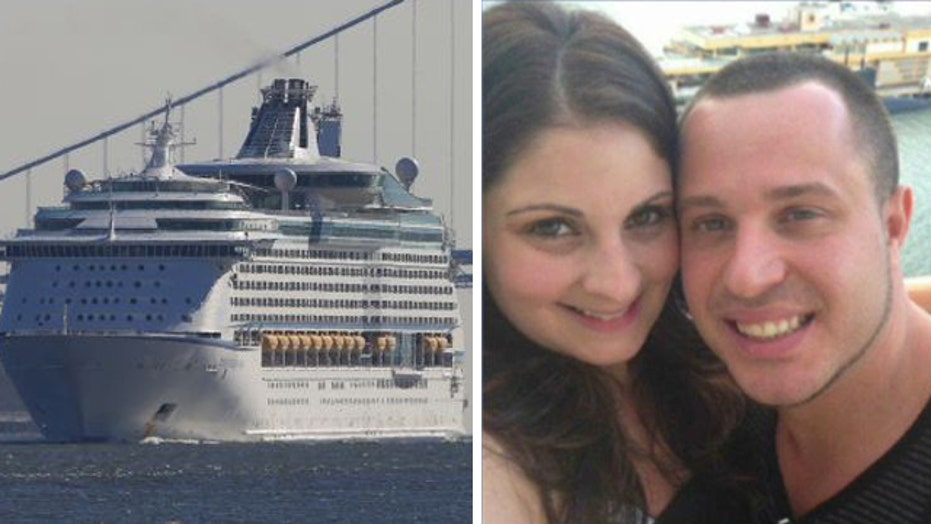 A Royal Caribbean ship is now undergoing sanitization in Bayonne, NJ, after nearly 700 passengers and crew members became ill at sea – drawing attention yet again to the health risks associated with cruises.

"We will perform a thorough 'barrier' sanitization program on the entire ship to make certain that any remaining traces of the illness are eliminated," a Royal Caribbean spokesperson said in an e-mail to FoxNews.com. "It will be the third aggressive sanitizing procedure the ship has undertaken since we became aware of the issue, and will additionally provide a window of more than 24 hours where there are no persons aboard the ship, which is a significant help."

News of the Royal Caribbean outbreak emerged last week, after the ship reported high numbers of passengers and crew members with symptoms including vomiting, diarrhea, nausea and some dizziness to the Centers for Disease Control and Prevention.

“When an ship sails into U.S. waters, by law they must notify us if a certain threshold – 2 percent or greater – [are] sick on a vessel, including passengers and crew members,” CDC press officer Bernadette Burden told FoxNews.com.

The CDC confirmed that a three-person team boarded the vessel on Sunday and will remain on board after the ship docks Wednesday to investigate the source of the outbreak. Though some reports have indicated that norovirus – a highly contagious stomach virus – may be to blame, the CDC said this is not yet confirmed.

“It could be anything— it could be foodborne source, waterborne source, a passenger or crew member that boarded the vessel already ill and exacerbated the spread of illness. It’s not something to easily isolate or identify,” Burden said.

What happens when you’re sick at sea
Cruise ships are hot beds for the transmission of viruses, according to experts.

“People are in a relatively confined space with somewhat more limited access to hand hygiene, like soap or Purell,” Dr. Fran Wallach, associate professor of infectious diseases at the Icahn School of Medicine at Mount Sinai in New York City, told FoxNews.com. “Also, because they are in a confined space there is a lot of touching after other people touch things and you also have food buffets, so it’s set up for transmission.”

When a cruise passenger becomes ill with a potentially contagious virus, the ship’s medical team follows protocol designed to prevent incidences like the one currently affecting the Royal Caribbean ship. Contrary to reports that passengers aboard the Royal Caribbean vessel were quarantined, Burden said it is more likely that a routine ‘self-isolation’ procedure was put into place as people became ill.

“[Sick] passengers are asked to do what is known as self-isolation on board a cruise ship,” Burden said. “It is purely voluntary but … they will be monitored by the medical team, and food and water and whatever their needs are will be brought to that person [in their room.]”

In the case of a more serious illness, passengers can consult the team of on-board doctors or medical specialists employed by most cruise ships in order to determine a course of treatment, or whether they need to be transported off the ship for further care.

“Usually there is some level of physician or certainly medical care staff on a cruise ship and it would be similar to the things that would require admission anywhere else— profound dehydration, high fevers, underlying immuno-compromising illnesses or comorbidity,” Wallach said. “They should be seen on the ship and that more skilled person can decide what to do.”

When the CDC gets involved
CDC officers currently on board the Royal Caribbean ship have not noticed any immediate red flags indicating what may have triggered the outbreak, according to Burden.

However, the CDC requires all cruise ships to follow certain health and sanitation protocols, and undergo routine inspections twice a year.  When things go wrong on board a vessel and illness strikes, it’s not unusual for the CDC to step in.

“We work closely with the medical team and crew to do everything from update and monitor the state of the situation, look at what is occurring, understand more about the passengers that are ill, monitor the cleaning and sanitation processes on board the vessel and see what is occurring to interrupt the spread of active disease,” Burden said.

The CDC also issues questionnaires to all passengers in order to determine when symptoms began, what types of activities they had been participating in before and after boarding the ship, foods they had eaten and other details that might help pinpoint the source of the outbreak.

“We will remain with the vessel and the staff and continue on with our epidemiological work, and working with them on monitoring practices on board the vessel,” Burden said of the team currently on the Royal Caribbean ship. “We still have a lot of work to do [and we’re] working with them to look at potential sources.”

But overall, Wallach said curbing cruise ship illnesses is a difficult task. Passengers should do their best to maintain good personal hygiene, while also avoiding foods that have been sitting out in buffets for long periods of time.

“It really comes to cleaning practices and scrubbing certainly in between cruises … just like in a hospital, it’s the cleaning that becomes paramount,” Wallach said. “The availability of hand hygiene products and soap and water [may help]…and then [monitoring] the buffets, in terms of having the temperature of food right.”

According to the Associated Press, Royal Caribbean will provide all guests a 50 percent refund of cruise fares and an additional 50 percent credit for a future cruise, in addition to reimbursing airline change fees and accommodations for guests who had to change travel plans.