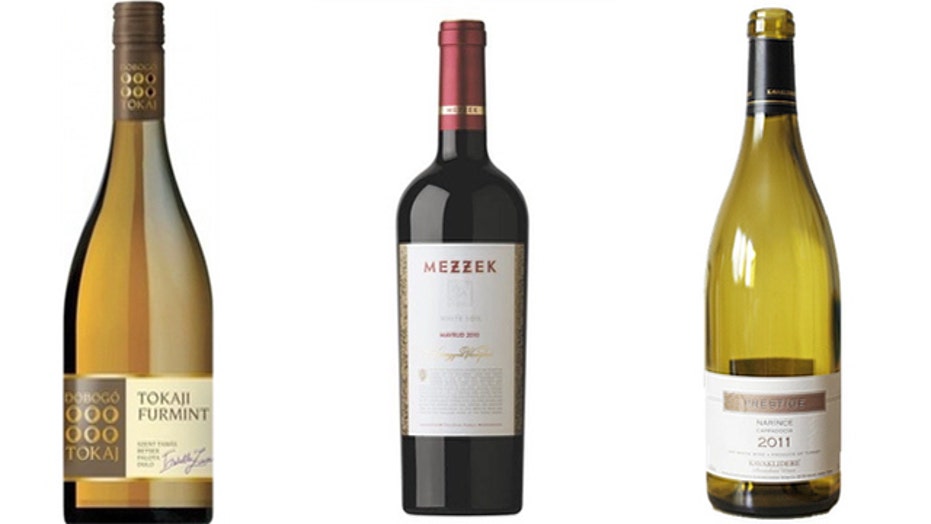 Jeff Jenssen and Mike DeSimone talk about the wine world's uncharted territory. We learn about varietals from places we didn't even know grew wine

One of the many things I love about the wine world is how I keep learning about different countries, cultures, histories--and grapes.

Would you believe that there are there are over 10,000 grape varieties in existence?  But there are only 1,300 of those are used for commercial winemaking around the world.

And still, many of us really only know about 10 basic ones: Cabernet Sauvignon, Chardonnay, Sauvignon Blanc, Pinot Noir from Burgundy, Tempranillo from Rioja and Sangiovese from Chianti.

Mike DeSimone and Jeff Jenssen, aka the World Wine Guys, came by to introduce me to some lesser-known varietals.

The guys are award-winning journalists and best-selling authors in the wine/spirits/food world. Not to mention they travel a ton, hence their moniker, “World Wine Guys!”

They say it’s time for the world to know more about the next wave of indigenous grapes, many of them from Eastern Europe or the Mediterranean basin. These are not necessarily new wines.  But they are new to us, because thanks to political changes in the last 25 years, they now can export them to us.

So get out your map and put yourself on a world tour of wine, because the guys have picked five different countries with a corresponding wine for us to try.

Did you know Croatia has been making wine since Roman times? This wine is “fresh, crisp white wine, also known here as Malvasia Istriana and great with seafood,” says Jenssen, who is the official Croatia taster for Wine Enthusiast magazine.

Furmint is one of the grapes, usually used in sweet Tokaj Aszu wines.  But this one is dry wine with fruit flavors, savory notes, and strong minerality, they say.

Did you know Bulgaria has been making wine as far back as the Thracians? That’s like 9000 years ago. Really.

And in the 1980’s, they were the second largest wine producer in the world?  But the collapse of communism killed the industry.

Well thankfully, it's back.

Mavrud comes from the Greek word for “black”--so that means the wine is very dark and tannic.  Strong tannins mean that it will age well.

So most of us think of Argentina as the home of the Malbec, but would you belive it is native to France?  What?  Yep. And since the 12th century, it has been most widely planted in the Cahors region, which is southeast of Bordeaux.

It was first brought to Argentina in 1868.

It's no surprise that the French Malbec can be more elegant and has that Old World style, while the Argentine Malbec is more of a highly extracted “fruit bomb” style.

So go on a wine tour, and let me know how it goes!