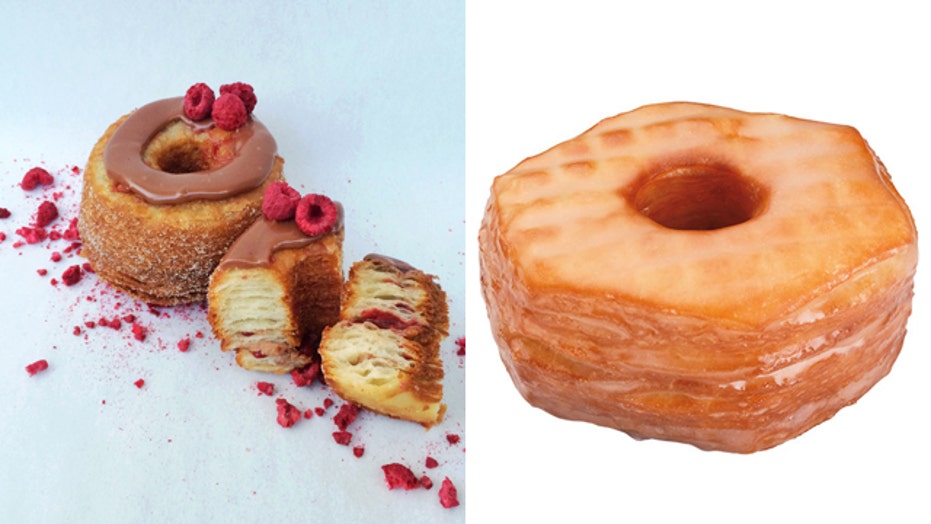 Cronuts, Crumbnuts and Croissant Donuts—oh my. Pastry mashups are everywhere these days so we decided to put these hybrids to the ultimate taste test.

The original Cronut, created by master pastry chef Dominique Ansel, continues to take the world by storm since its debut in the spring of 2013. People still wait in line for hours to get their hands on the $5 pastry which rotates between unique flavors like Bosc pear & Sage and Pumpkin Chai each month.

Restaurants and bakeries around the world have since hopped on the hybrid bandwagon, rolling out their own versions of donut-croissant pastries.

Most recently, Dunkin Donuts unveiled its own Croissant Donut, which they claim is not a copycat of the French chef’s original mashup pastry. Despite the proliferation of so many Cronut imitators, Dominique Ansel is adamant that there are no hard feelings and released this statement after Dunkin’ Donuts made their announcement:

“From our understanding, Dunkin Donuts item is called a 'croissant doughnut'. This is not an infringement on our trademark for Cronut™. There is a difference between any burger and the Big Mac; and any soda from Coke. And we appreciate large corporations that respect trademarks from small businesses, and distinguish their products appropriately to avoid customer confusion."

So how do all these treats really stack up?

Crumbs' Crumbnuts retail for $2.95 each and are the most similar to a traditional yeast donut, though much less sweet. Both were tasty and while we preferred the cream-filled version to the plain, we’re not sure these treats will propel the bakery chain back to its former glory.

Dunkin’ Donuts Croissant Donut looks the most similar to a traditional donut but is very dense and buttery like a croissant. It only comes in glazed for now but it’s definitely sweet enough as is. Croissant donuts currently retail for $2.59 each—a steep hike from the usual 99 cents the chain charges for regular donuts. This pastry is undoubtedly delicious and will satisfy a serious craving for a great donut flavor but it doesn’t have the flaky layers associated with a croissant.

Finally, we tried this month’s Cronut flavor—Valrhona Dark Chocolate Raspberry. Choco-holics, prepare to be blown away. The original Cronut is the flakiest of all three pastries with a crunchy exterior and gooey interior—due mostly to the cream and raspberry jam that ooze out with each bite. It might be messy but we can see why this shop is still getting lines around the block. Since the flavor changes each month, some might not always be onboard the Cronut wagon but it still lives up to its reputation as one of the most original pastries we’ve ever seen.