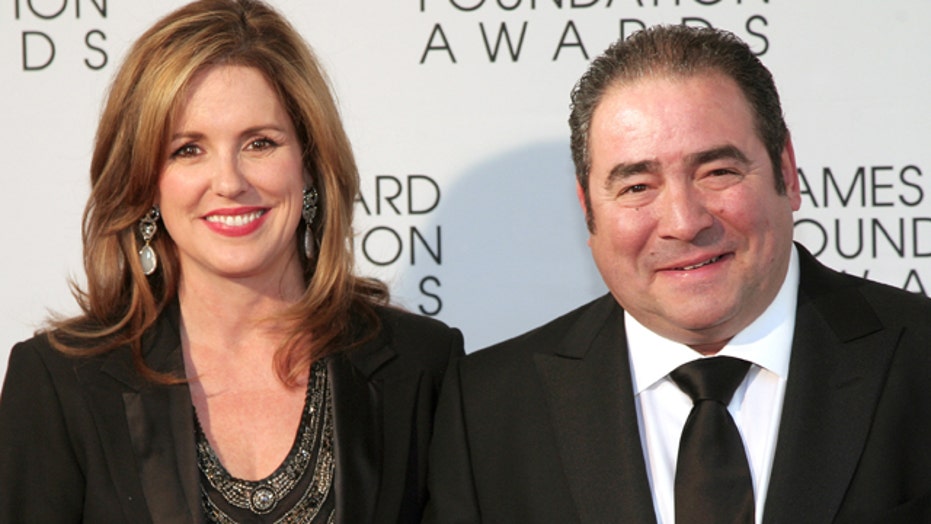 It was an evening of surprises and happy endings at the 2013 James Beard Foundation Awards, held Monday at New York City’s Lincoln Center, as one ten-time nominee finally took home his silver medal, and the biggest award of the night ended in a tie.

The James Beard Foundation Awards, sometimes referred to as the Oscars of the food world, recognizes outstanding talent in the food industry. Many chefs say the award is especially meaningful because the winners are selected by a group of their peers.

“For me, it was one of the greatest awards,” said last year’s Outstanding Chef winner Daniel Humm. “It really means to me that you’re respected by your peers and that has a special meaning.”

The theme for the awards this year was ‘Lights! Camera! Taste!’ and the ceremony was hosted by actor Oliver Platt. Clips of films featuring food, including “Ratatouille,” were shown between award presentations.

Besides awards for Rising Star Chef and several honors for the wine and spirits industry, the James Beard Foundation recognizes the Best Chefs in each of America’s regions – though the competition is steepest for the coveted Best NYC Chef prize.

The race was tight this year, with all five chefs hailing from some of New York’s hottest restaurants like The Spotted Pig and Del Posto. But in the end, it was Wylie Dufresne of wd-50 who won the top prize. Dufresne has been nominated an amazing ten times, but this was his first win.

“I feel great,” Dufresne told FoxNews.com. “We just opened a new restaurant and that’s hard, and hopefully this will help bring people to the restaurant, remind people that we’re out there and keep people coming back to wd-50.”

A win at the James Beard awards can do wonders for a chef’s career, and no one knows that better than 2012 winner Daniel Humm.

“People pay more attention to what we do because of the James Beard awards,” said Humm. “That element…is really important to our restaurant.”

Humm was onstage to present this year’s award Outstanding Chef, which, in a stunning turn of events, resulted in a tie.

David Chang and Paul Kahan were jointly honored as America’s most outstanding chefs by the James Beard Foundation. It’s only the third time a tie has happened in this category in the history of the awards.

“I grew up dreaming what it might be like to do this and how impossible it might be,” said Chang, who said he has idolized Kahan for years. “I’m really, truly honored. A tie could not have been better because I’m glad I’m not up here by myself.”

Chang is the mastermind behind New York City’s Momofuku Noodle Bar and Ma Peche. He shares the award with Paul Kahan, of Blackbird restaurant in Chicago.

Kahan’s former mentor, Rick Bayless, a Chicago culinary legend in his own right, spoke out on his apprentice’s win.

“I just think the world of him,” said Bayless. “He has done so much for Chicago and I’m so excited that he won.”

“I have seen our country change completely in reference to the restaurants because the Beard awards have given us something to all strive for,” said Bayless. “Before that, we were all a bunch of chefs in our own little towns doing our own little things but we never talked to each other, and the Beard awards not only bring us together on a night like this, but they keep us sort of in that healthy competition working with each other.”

The foundation's top restaurant award this year went to Dan Barber's Blue Hill in New York City. Barber — who was the foundation's top chef in 2009 — follows a minimalist culinary philosophy that he calls "American seasonal." He believes exceptional ingredients should be allowed to stand on their own. A signature dish is "vegetables on a fence," baby vegetables simply prepared and presented speared on a row of upright prongs.

The Humanitarian of the Year honor went to Emeril Lagasse, whose Emeril Lagasse Foundation in New Orleans supports nonprofit and educational programs aimed at disadvantaged children. The group's efforts, which are focused in communities where Lagasse has restaurants, have included creating an outdoor classroom, school gardens, a fresh foods cafeteria and a culinary learning center.

“To me, it’s not about the award, it’s about what I do,” Emeril told FoxNews.com. “I do this for the kids so I’m looking forward to sharing that.”

The group's Lifetime Achievement award went to chef and restaurateur Cecilia Chiang, who founded San Francisco's Mandarin Restaurant and has been credited with introducing Mandarin cuisine to the United States.