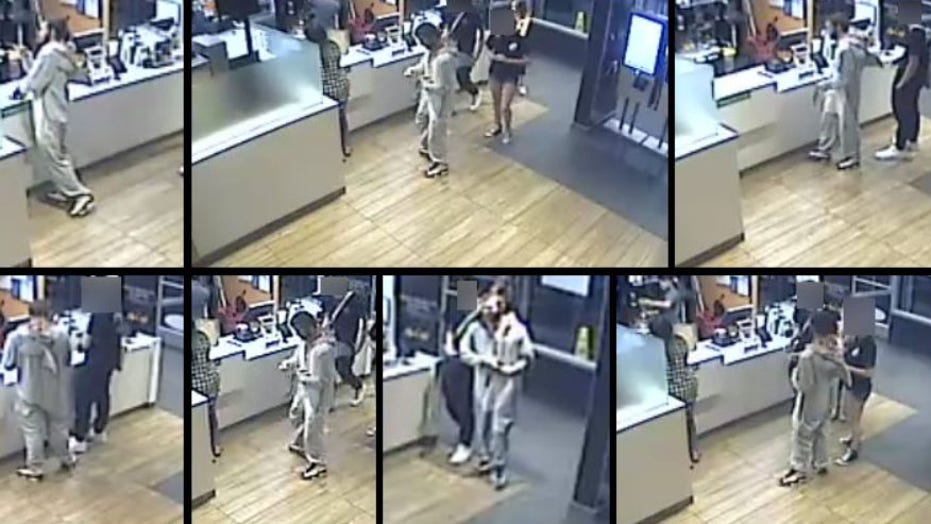 Not surprisingly, a man wearing a shark onesie while out on Saturday night appears to have caused some trouble.

According to a post on the local police’s Facebook page, workers at a McDonald’s.fast-food restaurant immediately noticed the man’s strange behavior. Aside from his attire, he was reportedly pacing around the restaurant and asking if he could get free food because he'd lost his wallet.

The police in Southlake, Texas, posted photos of the shark, er, suspect on the Southlake DPS Facebook page. They also claimed that before leaving the restaurant, the oddly dressed individual shoved the location’s manager.

The post, which begins by jokingly referencing the song “Baby Shark,” continued by saying, “On Saturday September 28th, a group of five people entered our McDonald’s at 225 North Kimball. Of the five customers, four of them were courteous, cool, and acting normal. The fifth customer in the shark onesie? Not so much.”

The costumed "critter" claimed that he had lost his wallet and that he should get free food. When the McDonald’s employees reportedly refused, he stormed outside and started pacing around.

The pun-filled post continued, “The staff felt that he might be a threat so they locked the door, while the rest of his party fin-ished their food.”

The suspect then reportedly began banging on the restaurant’s door, asking to be let inside. The manager informed his friends that if they let him in, they would have to leave.

“As his friends prepared to get in their car, the shark went to the north door and began banging on it,” the post continues. “These sweet workers actually opened the door to make sure everything was ok and the shark began accusing them of stealing his wallet and he tried to force his way inside. The manager blocked his path and the shark violently shoved the young, female manager. Another employee showed up to help close and lock the doors.”

Police are still attempting to identify the suspect.