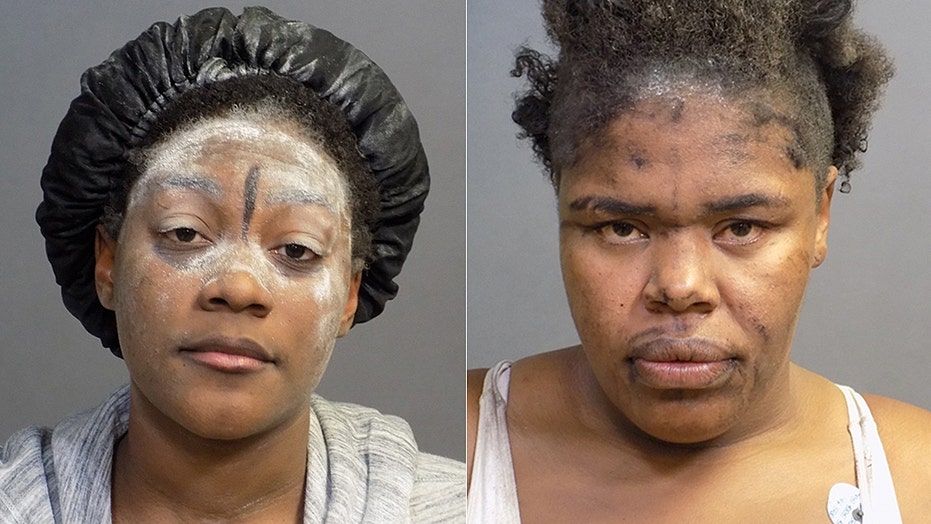 Two women in southern California were recently busted for vandalizing a restaurant where one of the offenders used to work. The former employee allegedly used a bat to bash a television, table settings and plates, causing thousands of dollars in damages.

On Oct. 5, around 1:30 p.m., Passion Shenay Coleman and Laglennda Damona Carr allegedly entered the Maggiano’s Little Italy in Costa Mesa, wearing face paint and sweatshirts with the hoods “pulled tight in an effort to conceal their faces,” the Orange County Register and KTVI reported.

Coleman, 27, and Carr, 24, surprised lunch patrons with yelling and “disruptive” behavior as they caused mayhem, according to KTVI. Coleman, a former employee, is said to have smashed the TV and dishware with a bat. Both women were described as “swinging wildly,” the Register reported.

“Panic hit the place,” witness Robert Christiansen told the outlet. “Personally, this was one step from them having a gun and going off in the place. This person was completely unhinged, just lost it.”

Christiansen claimed that at one point, he and his wife Kim heard one of the women shout “I’m not good enough? Take that,” as she vandalized the restaurant.

“There was glass everywhere,” he went on, adding that it was “terrifying” to see everyone in Maggiano’s so afraid.

The Register reported that Coleman and Carr went on to smash the bar, where a small fire soon ignited – though it remains unclear if the flames were intentionally set or simply a by-product of the damage.

No Maggiano’s staffers or patrons were injured during the rampage, the Costa Mesa Police Department (CMPD) said in a statement.

Christiansen praised the Maggiano’s employees’ composure in handling the situation.

“They were amazing, they took care of everybody and got them outside quickly,” he told the Register.

Law enforcement officials soon arrived and stopped Coleman and Carr from fleeing the scene in a car. Both women were detained and eventually booked into jail on suspicion of assault with a criminal threat, felony vandalism, burglary, and felony conspiracy to commit crimes, according to the CMPD statement.

Coleman was treated at a local hospital for cuts on her hands and booked into jail on a $500,000 bail. She was also hit with a misdemeanor warrant for a suspended license. Carr’s bail, meanwhile, was set at $25,000.

Two hours earlier, around 11:40 a.m., Coleman is said to have entered the same Maggiano’s location, making criminal threats and throwing a plate at an employee before fleeing. The restaurant worker called the police to report the incident, though Coleman could not be located at the time, the CMPD release said.