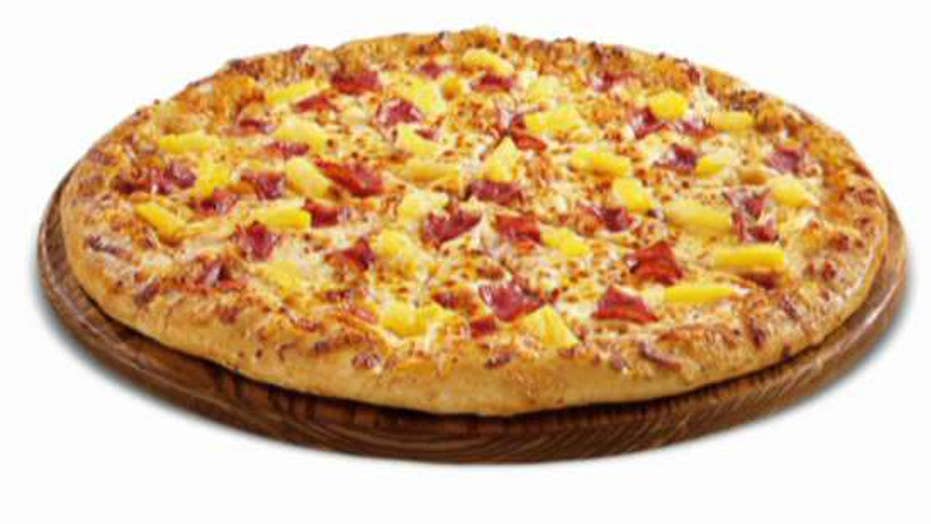 Gudni Johannesson admits he doesn't have authority to outlaw topping

People have strong opinions about whether pineapple belongs on a pizza, but one Arizona pizzeria has apparently reached its breaking point.

On Saturday, a student at the University of Arizona in Tucson claims she ordered a pizza topped with the tropical fruit, but was instead delivered a pie sans pineapple. In its place was a five dollar bill, along with a note from the employee who was tasked with preparing her pizza.

EXPERT NAMES THE BEST CHEESE TO USE ON A PIZZA

“Couldn’t bring myself to put pineapple on it,” the pizza maker wrote on the underside of the box’s top. “That’s gross. Sorry.”

I ORDERED A PIZZA WITH PINEAPPLE AND pic.twitter.com/VkmdaHYBwe

Ali, the student who ordered the pizza, told Thrillist that everything else she wanted was accounted for — chicken, onion, BBQ sauce. Just no pineapple.

The student also claims she called the pizzeria afterward, but not to complain. She told them she thought their joke was funny, but asked if it was still possible to get the pizza she ordered.

"They said they'd be happy to compensate me with coupons, but I just let it slide," she told Thrillist. “The $5 was enough!”

Ali didn’t specify which pizza place sent her the pineapple-free pizza, but a friend of hers has already defended the story’s validity to critics on Twitter, as the two were allegedly FaceTiming when Ali received her delivery:

Look she's funny but not this funny to make it up. I witnessed this happen :) https://t.co/F4TqE0oVX8

This incident comes amid a growing debate over pineapple’s place on a pizza, which began in February after Iceland’s President Guðni Th. Jóhannessonuring told a group of high-schoolers that he’d make the topping illegal if he could.

Guðni’s remarks, while said in jest, kicked off a rousing discussion on social media between pineapple proponents and anti-pineapple factions.

HOW U GONNA TELL ME U DONT LIKE PINEAPPLE PIZZA pic.twitter.com/CHHa33OtA1

Guðni himself even took to Facebook to clarify his stance, telling his followers that he enjoys pineapple, but just doesn’t prefer it on a pizza.

“I do not have the power to make laws which forbid people to put pineapples on their pizza,” wrote Guðni in February. “I am glad that I do not hold such power.”